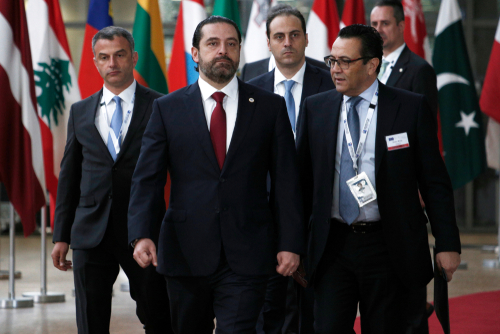 In a statement released on Saturday, he stressed the importance of implementing reforms to overcome the crisis that left 80% of the population in poverty.

Borrell pointed out that the coronavirus crisis exacerbated the crisis, added that the Lebanese pound lost nearly all value and warned electricity is available only occasionally in the country.

He stated that the war in Ukraine caused food and energy crises.

As positive developments, Borrell listed the timely holding of elections in May and the signing of an agreement with the International Monetary Fund (IMF) in April.

He expressed belief that a fully-fledged IMF programme “is the only viable and credible solution to help Lebanon stabilise its economy, restore trust and provide the country with the assistance it needs to finally embark on a path of recovery and growth.”

Borrell stressed that the EU will continue supporting Lebanon and reminded that the EU Council extended the sanctions framework to address the situation in Lebanon earlier this month.

The framework allows the bloc to impose sanctions against entities and individuals “responsible for undermining democracy or the rule of law in Lebanon through persistently hampering the formation of a government or seriously undermining the holding of elections, undermining the implementation of critical economic reforms, or who are responsible for serious financial misconduct including corruption.”

Borrell urged Lebanese authorities to allow an investigation into the 2020 Port of Beirut explosion, stressing that the investigation “has been hampered and delayed repeatedly.”

He added that Lebanese authorities must continue cooperating with the international community on the issue of Syrian refugees in the country.

“The EU and its member states will continue their efforts to address the underlying causes of the refugee and displacement crisis according to UN Security Council Resolution 2254, so as to allow Syrian refugees to be able to return home voluntarily, in a safe and dignified way, according to UNHCR standards,” Borrell announced.

He concluded that Lebanese leaders have to “put the best interest of the Lebanese first and deliver on the necessary reforms, and do that as a matter of utmost urgency.”