How Likely Is World War III Expected To Occur? 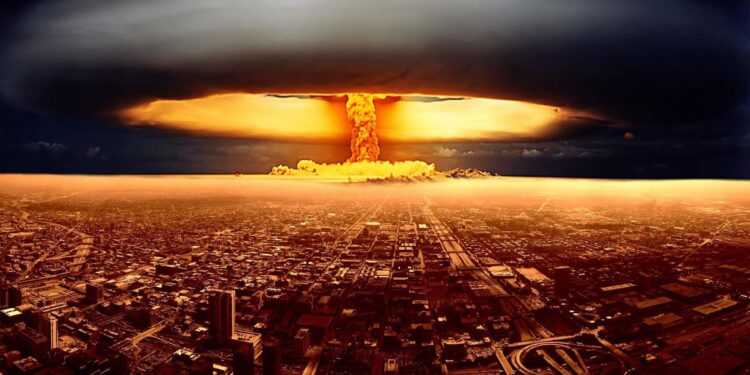 Belgium (Brussels Morning Newspaper) It has been a month since Russia invaded Ukraine. The war has raised concerns that the fight could spill to some other neighboring countries. Many people are wondering if a third world war is on the horizon.

Ukrainian resistance is formidable and is against invading any of the Russian forces. The ground war will likely enter the waged area by Russian President Vladimir Putin. The war is entering its second month and there are chances for it to continue for some more time.

Aftermath Of Russian Invasion In Ukraine

The invasion of Russia in Ukraine has raised questions about the possible world war 3. The leader Kim Jong Un aims to develop the nuclear arms program at a high speed. The missile test has raised the stakes. The intermediate-range rocket which flew 4,600km (2,860 miles hit Japan and landed in the Pacific Ocean.

“Security dynamics in Northeast Asia have become increasingly volatile with China’s growing military threats and in the aftermath of Russia’s invasion of Ukraine,” revealed a newspaper. Growing possibility of the new war is threatening the safety of the world. The general public is also under the fear of getting affected by the war. The two countries have already been under stress due to the ongoing Russia Ukraine war.

The stability came from the preservation of a global balance between power and states. All the nations have been staying away from each other’s spheres. None of them have been holding up and the aggressions by countries like Russia, Iran, and China have fueled a range of geopolitical tensions.

Putin has launched a “full-scale invasion” of Ukraine. Russia got away easily with the crimes and all the neighboring nations like Georgia and Syria have played a part as well. There are chances of invasion of Ukraine. This is seen as the next world war, and it might be a key turning in the broader conflict. A tweet reflects the same point:

The countries that possess the biggest nuclear arsenals are not only a cause of concern. There has been a lot of nuclear stability and a lot of uncertainty surrounds when it comes to the efforts to stop Iran from joining the nuclear club.

Iran’s President Ebrahim Raisi shared that the investigation carried out by the International Atomic Energy Agency has raised concerns about the “safeguards issues”. The undeclared Iranian nuclear sites have to deal with all the problems. The US has refused to end the probe and will be postponing the fundamental question” of Iran joining the nuclear agreement which could lead to the next world war.

Taiwanese Territory Will Be Increasing The Military Budget

Taiwan will be increasing its military budget and has given a response to the threat of aggression from China. The leaders of the Chinese Communist Party have been working for decades to increase the military budget. The Chinese leader will be preparing the country’s 20th Party Congress and the whole process will be taking place in November. This is a sensitive time for Taiwan and other countries.

Is a New Russian empire’ On The Way?

The outbreak of war in Ukraine has raised concerns over “Moscow and Beijing. They will be driving concerns over the struggle for democracy. Although there is a lot of difference between Ukraine and Taiwan battling the democracies. The country’s nuclear-armed military powers have made it clear that the neighbors will be the sovereign states.

Russia’s president has been making excuses for the invasion of Ukraine. He aims to conquer the world and create a new Russian empire. At an event held in Moscow Putin elaborated that the imperial vision will be the “return” of the land of Ukraine. There Will be a lot of “responsibility” on Russia and an agenda has been facing an unprecedented challenge. It will pose a grave threat to the t-WWII.

The list of countries that could come under threat will have to suffer. Putin will be creating an imperial mission. This may look far-fetched, but Ukraine believes that the Russian invasion was remote. A tweet informs: