by Konstantinos Arvanitis MEP and Nikos Paraskevopoulos
in Features, Our pick 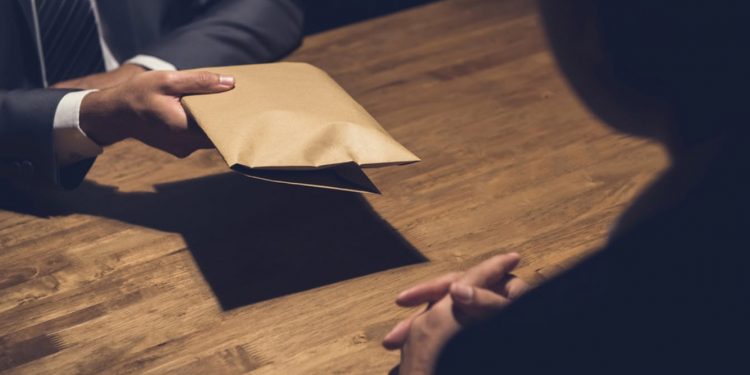 Brussels (Brussels Morning) Rule of Law is enshrined in Article 2 of the Treaty of the European Union as a fundamental principal to be respected and applied by all Member States.

Now, the Rule of law Mechanism initiates an especially important step to assess, support and strengthen its consistent application on a day-to-day basis in matters of governance in EU member states.

The recently released Rule of Law Report, the first of its kind, focuses on four main pillars: the separation of powers from the justice system, the anti-corruption framework, media pluralism and other institutional checks and balances.

The report itself is compact, brief and to the point. However, in the case of Greece, I would like to see more light thrown on the kind of economic corruption that has been thriving there for the past few decades.

That it has managed to do so reflects a lack of effective effort and political will to tackle corruption and that includes, up to a point, a questionable and undue attitude of tolerance on the part of the Greek government. This manifests primarily in the shape of economic scandals involving political actors.

In painting the general picture, let me briefly note the three categories of obstacles impeding the confronting of corruption.

Until its most recent review (2019) the Greek Constitution (Article 86, paragraphs 1 and 3) provided for a statute of limitations for the prosecution of crimes committed by members of the Greek Government in the performance of their duties.

The provision was abolished during the latest Constitutional Review, with all political parties concurring.  As a result, a large number of criminal cases related to actions that took place between 2001 and 2014 (all involving criminal misappropriation – i.e. damage to third-party property) ended in acquittal.

Expiration of the statute of limitations timeframe was cited despite the availability of the evidence that triggered the investigations in the first place. Moreover, the New Democracy party rejected a proposed amendment (submitted by SYRIZA), that would have allowed the courts to rule on past cases that remained open.

By Law 4557/2018 Greece established the Authority for Combating the Laundering of Proceeds of Criminal Activity, which was to be presided over by a high-ranking Public Prosecutor.

One of the first, hasty, legislative acts of the current government (L. 4622/2019) was to strip the Authority of its independent function. It placed a single Transparency Authority in its place, which is not necessarily presided over by a judicial official, placing several disparate audit bodies under it.

A separate act introduced into the Greek Criminal Code (L.4619/2019) stipulates that when banks are charged with economic mismanagement (criminal misappropriation), there is no consequence for the creditor unless there is a specific plaintiff, which led to mass acquittals in cases of presumably fraudulent bad loans.

Between 2001 and 2011, a scandal began to emerge that banks were lending large sums of money to political parties and media conglomerates. The political parties receiving the largest loans happened to were never repaid.

The Greek Parliament established a Committee of Inquiry to investigate the matter, which, in 2018, submitted a report on the financial loss incurred by the banks. Since, the judicial ruling has been perennially pending for years, denying justice to the taxpayer to the benefit of powerful Media conglomerates.

Furthermore, the monopoly of newspaper distribution by a single company, as is the case in Greece, undermines healthy competition and leaves public opinion vulnerable to manipulation. The Hellenic Competition Commission set in motion a relevant audit, which is still pending.

Since, a government bill with retrospective effect led to the adoption of new criteria for the appointment of the Competition Authority’s members. This paved the way for the removal of former Prime Minister and former President of the Greek Supreme Court of Cassation (Areios Pagos), Vasiliki Thanou, from the office of HCC President.

A long history of interventions in the course of Greek jurisprudence and the administration of justice helps sustain the context in which corruption in Greece can flourish and continue unabated. Among the most recent examples, let us note the following two cases:

Following this statement – tantamount to an order- the Prosecutor was in fact charged with abuse of power, pursuant to her actions in handling the Novartis case. This contrived prosecution is unprecedent in our country’s procedural history.

Charges of bribery were brought against the two Assistant Prosecutors who handled the Novartis case, which were later dropped and filed.

The former Deputy Minister of Justice, Dimitrios Papagelopoulos, who in the course of his duties provided administrative support and infrastructure for the investigation of corruption cases, was prosecuted for power abuse, legal obstruction and bribery, as provided by the Constitution where members of government are concerned, in a Parliamentary Committee.

In the ensuing procedures, the Committee’s majority resorted to a staggering number of procedural diversions and evasions to hold up the process. Some (such as the request to disclose the identities of protected witnesses, the request το examine citizens as suspects before the Parliament without prosecution, etc.) were stymied because bodies such as the Prosecutor’s Office and the Scientific Service of the Hellenic Parliament refused their consent.

While the process of preliminary examination and prosecution of political actors for corruption was underway, the Parliament, by L. 4640/2020 (article 38), significantly increased the number of ranking Presidents of the Court of Appeals at the expense of the number of Appellate Judges.

Where the ratio was once 1 President of the Court of Appeals for 4 Appellate Judges, there is now 1 for 1,8. Beyond the financial drain on the State Budget, this brings about a dysfunctional court composition. The fact that imminent trials for serious economic crimes now fall to the Courts of Appeal, and the “wishful” (or at the very least misplaced) expectation that proceedings will be presided over by well-disposed judges, suggests a devious, self-serving background for this absurd reform.

With judicial examination of the Novartis file pending, the current Minister of Justice, Transparency and Human Rights, Konstantinos Tsiaras, remarked in the Parliament, on 15/7/2020, that all files pertaining to Novartis should have already been filed.

The “problem” at hand was the justice system’s continued trust in the Anti-Corruption Prosecutor Eleni Touloupaki, whose term in office was renewed by competent judicial authorities. In this case, the matter was resolved, once again, revoking Eleni Touloupaki’s competence over the Novartis case. By coincidence, the Minister Adonis Georgiadis proposed the  abolition of her Office in January 2019

Governmental attempts to neutralize Prosecutor Eleni Touloupaki, ipso facto were supported by criminal activity. Sometime between 8 and 23 August 2020, unknown burglars entered the Prosecutor’s home and, ignoring all valuables, made off with documents and digital files. The police refused to guard her home, even after the burglary.

Evidently, these contrivances concern not only economic corruption, but core democratic institutions. They reveal systematic political intervention in the justice system that undermine the Rule of Law, as well as the historic separation of powers, which is ensconced in the heart of the Greek Constitution. The incidents substantiated above are merely indicative.

The Greek Parliament’s official minutes, as well as those of other state administrations, substantiate the organized and multi-faceted operation to neutralize the judicial investigation of an instance of corruption (the Novartis case), which is known to have international dimensions and a documented impact to the public and private economy.

We are reasonably certain that no governmental intervention to obstruct the fight against economic corruption, of such scale and intensity, has occurred in any democratic country in recent years. For this reason, we call on the European Parliament to further inform itself and bring its authority to bear.

Given the gravity of this situation, it is our intention to also address other competent EU bodies, including the Financial Aid Task Force as well as the Council of Europe.

Tags: CorruptionGreeceRule of law
No Result
View All Result