EU funding to hinge on rule of law compliance 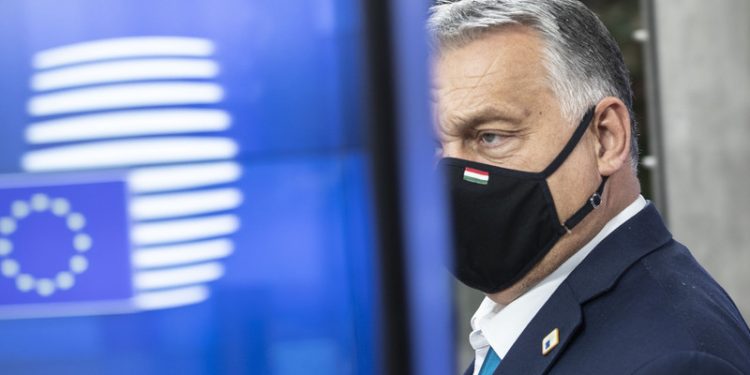 Brussels (Brussels Morning) An initial agreement between European Union institutions on conditioning EU funds against compliance with the rule of law was reached in Brussels yesterday. The understanding still has to be formally adopted by both the European Parliament and EU ministers, but the compliance mechanism is considered a done deal.

“Today’s agreement is a milestone for protecting EU values. For the first time, we have established a mechanism that enables the EU to stop funding governments that disrespect our values such as the rule of law”, said Finnish MEP Petri Sarvamaa from the Conservatives at the end of the talks.

The mechanism is aimed at countries such as Poland and Hungary. Essentially, the new mechanism will link EU budget disbursements and compliance with rule of law application across EU member states. Should member state fail to adhere to EU laws such as those upholding democratic values and principles, the European Commission will be empowered to enforce financial sanctions.

The conditionality applies to EU fundamental values, such as freedom, democracy, equality, and respect for human rights including the rights of minorities. Breaches of the rule of law mechanism explicitly refers to cases, such as threatening the independence of the judiciary, failing to correct arbitrary/unlawful decisions, and limiting legal remedies .

A broader concept of breaches of the rule of law

The governments of Poland and Hungary have long been at odds with EU institutions over alleged breaches of rule of law. At issue are challenges about rulings and practices perceived to have jeopardised the rights of independent media and journalists and the independence of judges. As a result, net budget contributors are becoming increasingly reluctant and more resistant to providing increased EU funding to member state governments that disregard and actively over-ride EU principles and values.

For example, commenting on the situation in Hungary, Dávid Vig, Director of Amnesty International Hungary  commented: “It is worrying that the Government is continuing to challenge final court rulings and has launched a campaign that may discredit the judiciary as opposed to fixing the crucial shortcomings confirmed by the present research [that Hungary’s judicial reform has eroded the organisational independence of the judiciary].”

MEP Terry Reintke with the Greens was pleased with the outcome: “EU funds need to be linked to the rule of law so we are not giving a carte blanche to illiberal actors to take away peoples’ rights. This agreement is not perfect, but it lays the foundations for action against member states that are attacking democracy and the rule of law. Now, member states will no longer be able to hide their inaction on the rule of law, they will need to act, even when it’s difficult.”

Under the EU budget term that runs from next year until 2028, the Commission will assess whether any fundamental principles have been violated before proposing appropriate sanctions. In practice, EU countries will have one to three months, depending on the circumstances, to implement the proposed measures. To do so will require assent by a “qualified majority”, meaning at least 15 of the 27 EU nations, representing a minimum of 65% of the Union’s 450 million inhabitants.

Under the agreement, targeted countries will be able to defend their case before the EC as well as request an opportunity to raise the issue at EU leaders’ summits. Should the final decision come down to cuts in EU funding, the country would still be required to pay its EU fines.

However, EU countries and the full Parliament must endorse the agreement that is also expected to unlock negotiations on the bloc’s next seven-year budget and the NextGenerationEU (NGEU), a vast coronavirus recovery plan, combining a total of around 1.8 trillion euros in both funds and lending.

According to MEP Daniel Freund with the Greens, the new mechanism signifies a step forward for for the protection of European values: “Now, member states must prove that this sanctions mechanism can also be applied. The European rule of law is in a deep crisis. The current developments in Poland and Hungary show this in a depressing way. We must now react decisively – including with sanctions against member states. The value of this mechanism will be measured by how quickly and effectively it will be applied.”

The Centre for European Policy Studies (CEPS) has asserted that any “threat of a veto [by Hungary and Poland] over rule of law conditionality for the EU budget must be seen in light of the fact that the two countries would be among the main beneficiaries of NGEU funding.”

Hungary and Poland are likely to show resistance, especially given that in the next four years, they would expect to receive NGEU and Multiannual Financial Framework grants amounting to 13.5 % of their GDP.