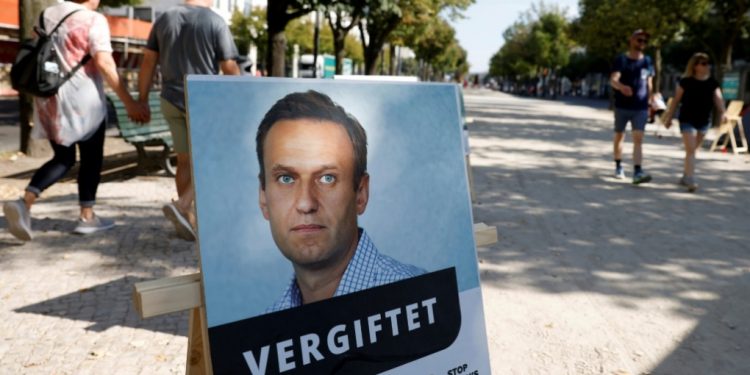 Brussels (Brussels Morning) Russian officials said opposition politician Alexei Navalny fell ill due to chronic pancreatitis and metabolic problems as they ruled out poisoning by Novichok nerve agent, RFI reported on Friday. Having fallen ill on a flight in Russia and being transferred subsequently for treatment in Germany, European laboratories concluded that Navalny had been poisoned with a Novichok nerve agent.

According to the Siberian branch of the Russian Ministry of Interior, doctors who treated Navalny prior to his transfer to the Charité medical facility in Germany confirmed their diagnosis — disruption of carbohydrate metabolism and chronic pancreatitis. Doctors were unable to confirm poisoning, the Siberian authorities noted. They said that no poisonous substances had been found on Navalny’s clothing, among objects from his hotel room in Tomsk or at the airport café where he was seen before the flight.

Russian Foreign Intelligence Service (SVR) head Sergey Naryshkin stated on Friday that NATO members plotted and sacrificed Navalny to cause an incident in Russia. Navalny has accused Russia’s President Vladimir Putin of being behind the poisoning, an accusation rejected by the Kremlin, which had denied any involvement.

Last month, the EU imposed sanctions against a number of Russian officials over the poisoning, concluding that the attack against Navalny could not have been possible without the complicity of the Federal Security Service (FSB), the Ministry of Defence and the President’s Office. At the same time, the Russian Ministry of Foreign Affairs accused Germany of using false excuses to avoid cooperating in the probe into the incident, stressing that Germany should not try to politicise the issue.

On Thursday, Russian Minister of Foreign Affairs Sergey Lavrov noted in a telephone call with his German counterpart Heiko Maas that Berlin was not fulfilling its international legal commitments and stressed that this was unacceptable.

Also on Thursday, Russian authorities raided the Moscow offices of Navalny’s Anti-Corruption Foundation (FBK), in connection with a criminal case against the head of the foundation, Ivan Zhadanov, for failing to follow a court order, Reuters reported. Last year, a court ordered Navalny, his associate Lyubov Sobol and the FBK to pay some US$1.1 million in damages to a catering company connected with Putin associate Yevgeny Prigozhin.

Putin’s critics have warned that the lawsuits and police raids are part of a campaign aimed at hampering their activities, something the Russian authorities deny.