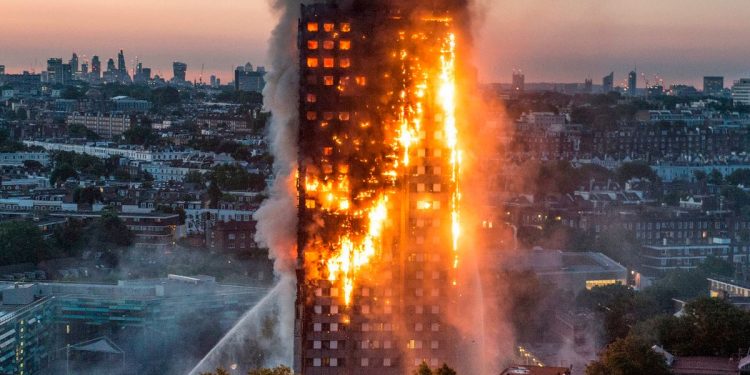 London (Brussels Morning) A public inquiry into the 2017 fire at Grenfell Tower, where at least 72 people have died, has heard damning evidence suggesting suppliers for the building’s refurbishment knew their materials would burn.

Lawyers representing the bereaved and the survivors showed panel members internal emails from Arconic, Celotex and Kingspan, demonstrating their awareness of the danger their materials posed.

One senior executive told colleagues the below-standard fire performance in its polyethylene (PE) core cladding panels – those used on the tower – was “something that we have to keep as VERY CONFIDENTIAL!!!!”. He admitted they would spread fire “over the entire height” of a tower.

A Celotex presentation in 2014 also asserted it could market its combustible product because “nobody understood the test requirements”.

“[They] knew their materials would burn with lethal speed and yet they marketed their products into an uncaring and underregulated building industry which spread them around like a disease”, said Sam Stein QC, one of the representatives of the bereaved and survivors.

“At all times they concentrated on the route to market, not the route to safety”, said Stein’s co-representative Adrian Williamson QC.

All three companies have denied any wrongdoing.

Further emails disclosed personnel at Arconic were aware of existing damage from the materials, including a fire in the UAE from ACM cladding and in Bucharest caused by PE panels.

“..using PE is like a chimney which transports the fire … in the shortest time”, read one email. In 2015, the company’s senior executive Claude Wehrle said they “really need to stop proposing PE in architecture”. It continued, “We are in the know and I think it is up to us to be proactive AT LAST”. Grenfell Tower was already being refurbished, however, using the same panels.

The insulation provided by Celotex in the refurbishment was also known to be hazardous.

“Do we take the view that our product shouldn’t realistically be used behind most cladding panels because in the event of a fire it would burn?”, asked one Celotex manager internally.

The French-owned company decided its rival Kingspan was already selling similar insulation. While it failed its first fire test, with added alternative materials, it eventually passed but omitted relevant information in its marketing brochure exploiting “confusion in the industry” about terms and requirements.

Phase 2 hearings of the inquiry are still in progress.