by Chiara Gemma
in Features, Opinion 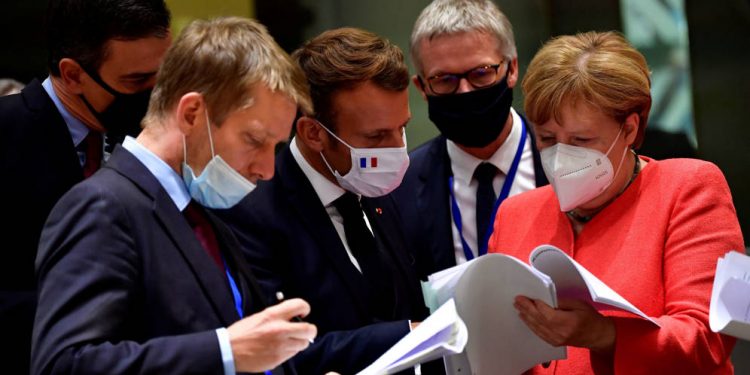 Brussels (Brussels Morning) The coronavirus crisis is accentuating the economic and social divergences between Northern and Southern Europe.

Already in 2019 the GDP of the Northern Eurozone (Germany, Austria and the Netherlands) was more than 14% higher than that prior to the 2008 financial crisis, while that of the Southern countries was struggling: France recorded a growth rate at +11% and Spain grew at +8%, while Italy and Greece were even in negative territory with Italy’s GDP contracting by -4% and Greece’s by -25%.

The European Commission data on GDP in 2020 are even worse and show that the corona crisis affects the countries in the Mediterranean the most. Those are the countries that suffer the greatest contraction in GDP. This means that current European rules amplify distortions within the euro area, create competitive distortions and therefore need to be profoundly changed.

There are no first-class and second-class countries in Europe. Therefore you need to hurry to activate the Recovery Fund which mobilizes 750 billion euros between non-repayable subsidies and loans for the states most affected by the corona crisis.

The firepower of the Recovery Fund should be able to balance these growing divergences in Europe. In fact, Italy, Spain, Portugal and Greece as a whole will receive 406.4 billion, the overwhelming majority of the appropriations.

Italy will be entitled to 209 billion euro, immediately behind is Spain with 140 billion. Then Greece should receive 31.5 billion, 19 billion of which as subsidies and 12,5 billion euro as credit. Portugal follows with 26,1 billion euro and also in this case non-repayable subsidies prevail with 15,3 billion euro against 10,8 billion in loans.

A third of funds to Italy’s South

The Italian government is working on the national Recovery Fund plan and has already established that at least 34% of the public investments mobilized must be destined for the South, precisely to rebalance the differences within the national territory.

This commitment is certainly going in the right direction, but the Five Star Movement hopes that an even greater share of resources will be allocated there precisely to overcome once and for all the infrastructural gap with the Centre-North.

It must also be considered that, according to an analysis by Svimez, each euro of investment in the South generates about 1.3 euro of added value for the country, and, of these, about 30 cents go to the North. Investing in Southern Italy is therefore worthwhile.

The primary objective of the Five Star Movement and the Italian government is to modernize our country with an environmentally friendly economy, incentives for digitalization, support for start-ups and companies, de-bureaucratization of public investments, justice reform to attract foreign investors and a reform for a citizen-friendly taxman.
And we also do not exclude the strengthening of taxation benefits through the resources of the React EU which reserves 15.1 billion euro for Italy, extending it to other areas of the country experiencing crisis situations and in need of an economic revival.

Thanks to the battle of the Five Star Movement in Italy and in Europe, change is getting closer and closer. The Recovery Fund will bring greater economic, social and territorial cohesion, support growth and jobs, help families and businesses.