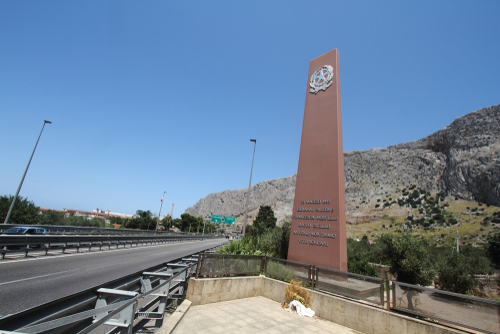 Threats of organized crime to the security of Europeans

Belgium, (Brussels Morning Newspaper) Thirty years ago, a stretch of highway in Capaci, a location between the airport and the city center of Palermo, was blown up. Judge Giovanni Falcone was targeted along with his wife and the agents of his escort who also died in the explosion. Only the driver survived because he was sitting in Falcone’s place. Falcone felt like driving that day and had asked the driver to switch places.
Falcone was killed by the mafia, which certainly did not operate alone. The mafia was the protagonist of the assassination attempt but, thirty years after that massacre, there is no clarity on what happened that day.
Above all, thirty years after that massacre, there are still people who deny the existence of the mafia. It sounds absurd, but that is what still happening, and not only in Italy. Nevertheless, for several decades the mafias have not been only a phenomenon that can be relegated to southern Italy.
Nowadays, there are no longer only Italian mafias. Yes, they are the most famous, perhaps, also thanks to films like ‘The Godfather’.
However, this does not detract from the fact that criminal organizations of different nationalities – Russian, Turkish, Albanian, the Dutch Mocro Maffia – have been proliferating in Europe for several years now, each active in a specific illegal sector, sometimes in conflict with each other, but often in close collaboration.
Secondly, Italian mafias are now present in all European states, favoured by the fact that there is no specific anti-mafia legislation like the Italian one and, above all, by the difficulty of recognising them.
Because while it is true that American films have made it famous, the vision one has of the mafia is the one stereotyped by the films, with the usual clichés of the coppola (classic Italian hat) and the lupara (shotgun).
This characterisation makes impossible to recognise Mafia outside its land of origin. In Europe, the idea of the “mafioso” is that of a criminal living on the fringes of society, dealing in human trafficking and drugs. This is the blatantly illegal activity.
However, there is also the other side of the coin. Illegal activities generate money that must be laundered. Moreover, in order to be able to carry out their business with peace of mind, the mafiosi have realised that the use of violence attracts the attention of the police. Therefore, it is much better to bribe than to shoot, even if the use of murders is always a solution at hand, just think of the Duisburg massacre in Germany or the Mocro Maffia murders in the Netherlands.
Money laundering and corruption: two activities that undermine the health of our economy and democratic process. Illicit money gives to Mafias a competitive advantage on the market and the possibility to bribe officials with it.
We should not think that the fields of action of mafias are limited to drugs and human trafficking. Another business is coming from the fraud of European funds, especially the ones aimed for agriculture and renewable energies, which involves almost all European states and has serious repercussions on the EU’s financial budget.
So what does a mafioso living and working in any European country look like? In most cases, he resembles a normal, successful entrepreneur with large budget. This allows him to be accepted in the economic and financial fabric, to be well received among the institutional and political elites, sometimes even thanks to some Masonic affiliation.
Unrecognisable? Certainly not by institutions and politics. Because the mafiosi offer ‘special’ services, such as, for example, that of collecting vote packages during elections: electoral support in exchange for the possibility of carrying on and increasing their business. In some cases, we do not want to see, because we are more comfortable not seeing.