Conference on the future of Europe: Citizens want a green change 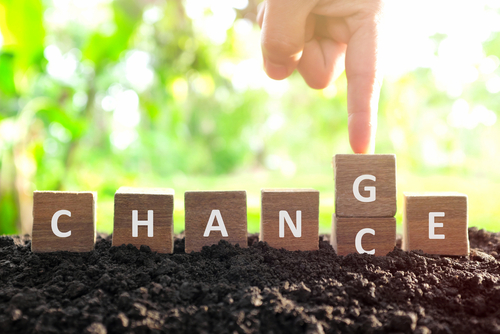 The recommendations of 200 randomly-selected citizens at the Conference on the Future of Europe clearly show a marked desire for a change.

Brussels (Brussels Morning) The European citizens’ proposals are in line with the battles that we, as Greens, have been carrying out for a long time. They reflect a complete reversal of the Common Agricultural Policy, indicating an overwhelming preference to divert funding from the large commercial farms that produce in an industrial manner on an industrial scale and to invest instead with the virtuous farmers who produce sustainably, thanks to widespread clean practices and a shared mobility while promoting reforestation, a reduction of soil consumption; a ban on the unnecessary use of antibiotics in livestock farming; less meat consumption; plus, above all, a circular economy as a guiding star to reorientate our entire production system.

Of particular interest are the recommendations that ask the European Union for more subsidies for organic farming, for small organic farms and non-intensive farms, so that they can become more competitive in a market where, today, the big agribusiness companies are the masters and prevail. Since citizens are often more far-sighted than politicians, they ask to reduce intensive livestock farming, one of the main causes of pollution, and call for the elimination of the disrespectful living conditions for animals.

Closely related to this request, European citizens are asking that policies that encourage less meat consumption be activated. This step is fundamental because merely eliminating the use of fossil fuels to address the climate crisis is not enough. Along with fossil fuels, livestock industries are the main causes of global warming, biodiversity loss, large-scale deforestation, mass extinction of species, water waste and land degradation. As the IPCC’s Sixth Report states, reducing methane emissions is probably the only alternative we have to avoid the 1.5-degree temperature increase that would otherwise trigger a domino effect that would no longer be manageable. That is why I strongly support the Plant-Based Treaty so that we can actively transition from animal-based food production systems to plant-based food production systems.

Moreover, citizens have shown an especial sensitivity to the need to support and explore new sources of clean energy. This is even more topical than ever now, it being a few days since the Commission’s decision on green taxonomy, and the real risk that clearly unsustainable energy sources like gas and nuclear could be given the label of sustainability. Such an ill-advised decision would not only create confusion among private and public investors, but it would also negate paths already taken, Keep in mind, for example, that the green bonds issued by the Commission to repay the Recovery Fund do not include gas and nuclear. Ignore that and we would immediately find ourselves slipping among the worst green bonds in the world and covering ourselves in ridicule. This would be especially so if we consider that the Russian green bonds exclude gas and that the same French green bonds currently exclude investments in nuclear power!

The request to extend the designated protected areas for the conservation of biodiversity and the request for massive reforestation, again, show how the lesson of the pandemic has made clear the need to preserve the fragile balance between man and nature. We have been made aware of the harmful consequences whenever this relationship breaks down, as when, for example, we destroy the natural habitats of wild species, which can then become a dangerous vehicle for viruses.

Having been chosen among the nine Italian MEPs who will participate in the work of the Conference, I strongly feel the responsibility of my assigned role. My commitment is to ensure the centrality of environmental issues, to give greater power to the participatory tools of citizens, such as the European Citizens’ Initiatives, and especially to ensure that their requests lead to concrete legislative proposals.

I am therefore happy to participate in today’s 17 January forum at the Politecnico of Milan dedicated to the Conference on the Future of Europe. Also, I look forward to the plenary session in Strasbourg this coming Friday and Saturday, where we can discuss citizens’ proposals and ensure that this great experiment in participatory democracy is fully is successful.