It might not be the landslide Democrats hoped for, but it is the win we should have expected 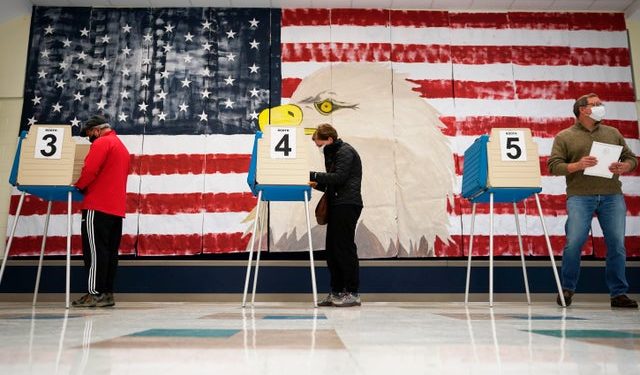 As the slow and deliberative vote-counting process continues, the outcome of this presidential election is starting to crystalize. Once all the votes are counted, including millions of remaining early votes in states across the country, Joe Biden will be declared the next President of the United States – becoming one of the few people in American history to defeat a sitting incumbent president.

New York (Brussels Morning) Regardless of your preferred candidate, most voters clearly hoped for definitive win – a landslide election signaling to the rest of the world the direction Americans wanted to take their country in for the next four years. Instead, the former Vice President is on track for a clear, but not overwhelming, victory.

In reality, no one should not be surprised. Over the past two decades, America has become increasingly divided. Supporters of both major parties have grown to dislike the opposition. Ticket-splitting in elections, meaning splitting your vote between Democrats and Republicans, is an increasing rarity; and voter loyalty towards each political party has increased substantially.

The outcome of this election is merely a manifestation of negative partisanship that has gripped our politics. Dislike of the opposing party and its leaders reflects a growing divide between Democrats and Republicans on a wide range of economic, social, and cultural issues. It reflects an increasing divide over our very values and ideals – what it means to be an Americans.

Donald Trump did not create this partisan divide, but he has certainly used any tool available to him to worsen the problem; to use his bully pulpit to stir unrest and present a visage of his opponents as enemies who want to harm the nation.

In this political environment, politicians need only to incite fear and anger towards the opposition rather than seek to inspire voters around a united, aspirational vision for the future. Often, it is enough to win. But in this rare instance – those forces of hate were soundly rejected at the ballot box.

Many had hoped for a resounding defeat of Donald Trump in this election. A seismic victory that cost Republicans up and down the ballot their political careers, as retribution for their support of this president. That did not happen, and yet, in this political environment, expectations of that taking place were probably a bit exaggerated to begin with. This was always going to be close in such a bitterly divided country.

However, it appears that when all the votes are counted and tabulated, Joe Biden will be the next President of the United States and Donald Trump will become just the third incumbent president of the modern era to fail to win reelection. While not a landslide, it is a meaningful win that will have resounding repercussions both within the United States and around the world.