The European Parliament hears out the Belarus civil society concerns 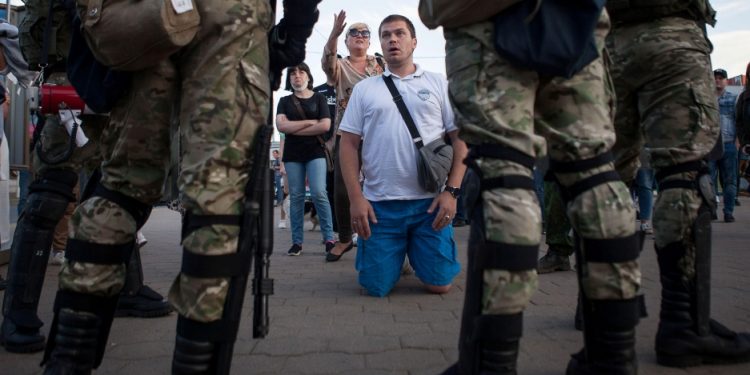 The Subcommittee on Human Rights (DROI) met on Monday (7 September) to exchange views on the human rights situation in Belarus following the 9 August presidential elections which led to the controversial and disputed victory of Aljaksandr Lukašėnka.

Opening the discussion, Committee Chairman, Ms. Marie Arena (Socialists & Democrats) cited the widely reported “wave of harassment of journalists and students” as well as the arrest of opposition leader Maria Kolesnikova, noting pointendly that “we as yet have no news of her”.

Journalists, students and civil societies representatives attending the Committee’s meeting testified about the police brutality. Mr. Anton Trafimovich, a belarussan journalist working for Radio Free Europe, told of how he had been “detained, beaten and had his nose broken”. According to the invited testimonials, many students, workers, opposition leaders, journalists and civilians were subjected to brutal treatment at the hands of the police, indicating that the current situation in Belaruss is “unprecedented”.

The four invited Belarusians witnesses made a point of urging the EU to show strong support for the protests. Mr. Robert Biedron (Socialists & Democrats) strongly warned that “if the European Union does not respond in an appropriate fashion, then this glimmer of hope of change may be lost”. Although EU leaders have rejected the results of the latest Belarussian presidential elections, civil society representatives have demanded even stronger support from the European Union.

(1) Sanctions against those Belarussians responsible for the current situation. Along with most MEPs and those appeariing before the Committee, he argued the necessity of extending the scope of the current inquiry and widening the number of people to be targeted by EU restrictive measures.

(2) As for EU funds designated for Belarus, he warned that EU financial support currently provided through the European Neighbourhood Instrument (ENI) might be subject to misuse  by the current regime.

Committee Members were unanimous that the EU needs to show greater solidarity, especially with the people of Belarus and its society in general, in order to overcome the unprecedented situation now prevailing.

You can watch the streaming of the conference HERE.