by Irene Giuntella
in Features, Parliament 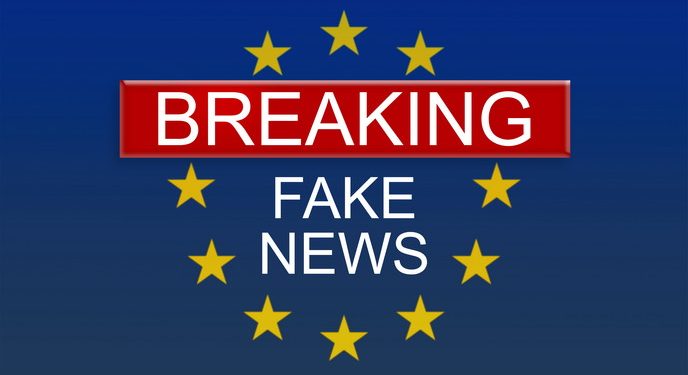 Last week, the European Parliament set up a new special committee to scrutinise foreign interference in all democratic processes in the EU, including disinformation.

“We felt it was important for the EU to showcase all attempts at external interference with European politics”, Pierfrancesco Majorino, MEP and coordinator for the Socialists in the committee, told BrusselsMorning in an interview. “My impression is that we are faced with threats to our democracies and we will see where the investigations lead.” 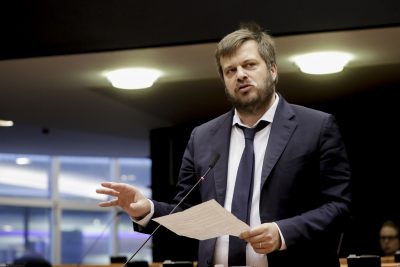 The aim of the new special committee is to tackle fake news campaigns, cyber as well as hybrid attacks, and to investigate funding for political parties and election campaigns from outside the EU.

“Moscow’s action has been the subject of more than one investigation and it is clear there has been support from non-EU governments for political campaigns in the EU. The ambiguous relationship between the Lega Nord (the Italian far right party of the former Home affairs minister Matteo Salvini) and Russia promises nothing good”, Majorino says.

In recent years, the EU has been affected by attacks coordinated by external actors in order to weaken its institutions and subvert public debate.“Organisations in non-EU countries with a wide reach have supported groups campaigning against LGBTI rights and against migration with the aim of spreading fear among EU citizens”, Majorino explains.

The European Parliament has begun to reconstruct events over the past months and years to verify the spread of disinformation. The aim is to set standards for democratic debate. The new special committee will work in particular on web-based information channels and will scrutinise the role of the big technology companies.

“The digital tech giants must assume more responsibility towards the general public. They can’t pretend it doesn’t matter. They must be made more responsible and be an integral part of the action against fake news. They cannot remain passive spectators”, Majorino emphasises.

In recent months, Russian and Chinese websites have attempted to undermine public confidence in the EU by spreading false news about the EU’s lack of support for the countries most affected by the corona pandemic. They have instead highlighted support from Russia and China. “Russia has been a very active player in campaigns of disinformation, which amounts to political interference, and I think that China’s role regarding the coronavirus should be investigated”, Majorino concludes.

The last trends on disinformation

In the aftermath of the poisoning of the Russian opposition leader Alexei Navalny, articles by Russian media outlets known to be close to the Kremlin featured prominently in the information flow on German-language social media, an obvious attempt to alter the narrative of the poisoning when Navalny was transferred for care to a German hospital. The EU External Action Service’s task force EUvsDisinfo warned last week against the influence of Moscow-funded media outlets Sputnik and Russia Today, in particular in the social media sphere. Several outlets connect the Navalny case with Nord Stream 2, hinting that the Navalny poisoning would become part of an internal German political debate in which a mythical German “Deep State” attacks Chancellor Angela Merkel.

Pro-Kremlin media is known to claim that the escalation in Nagorno-Karabakh is due to US meddling in Armenia and directed against Russia. But there is no evidence that the conflict would serve to destabilise Russia. Similarly, there are stories trending whereby the protests against the election outcome in Belarus and the Armenia-Azerbaijan escalation are said to be directed by the EU or the US or the West in general against Russia. In the last few weeks, EUvsDisinfo has cited at least 57 developing stories in this vein that were taken up and distributed by websites in Russian, Arabic, Italian, English and Spanish.

The EU Code of Conduct for online platforms

The EU Code of Conduct for online platforms against disinformation still falls short of the ideal. It is a form of self-regulation by the platforms concerned. According to the Commissioner Vera Jourova in charge of transparency, values and rule of law, the online platforms and the advertising industry should do more to combat misinformation and to become more transparent.
The Commission’s assessment shows that there was a lack of key indicators to demonstrate the degree to which the platforms have combatted this phenomenon as well as a lack of clear procedures, common definitions and precise objectives. The analysis also showed that it is difficult to access data that would allow for an independent verification of the trends and threats of online disinformation. What is also unclear is the degree to which the advertising sector is involved in efforts to combat fake news.