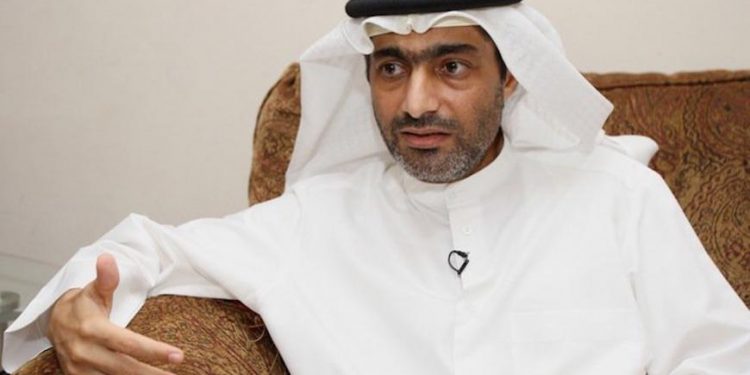 Brussels (Brussels Morning) The European Parliament adopted on Thursday a resolution calling for the immediate release of rights activist Ahmed Mansoor and other activists and peaceful dissidents in the United Arab Emirates (UAE).

In the resolution, adopted with 383 votes in favour, 47 against and 259 abstentions, a majority of MEPs condemned the detention of Mansoor and other human rights defenders, all imprisoned for exercising such basic human rights as the right to freedom of speech, peaceful assembly and expression, contrary to UN’s universal human rights instruments and the Arab Charter on Human Rights.

Mansoor was arrested most recently in 2017, following his online activism administering a forum which criticised UAE policies. Prior to his arrest, Mansoor had been calling for universal and free elections in the UAE, and for the government advisory board, the Federal National Council, to be granted legislative powers.

He was detained under charges of spreading false and misleading information over the internet. However, the EP resolution notes that all sources other than the UAE authorities indicate the sole reason for his detention were the views he shared online. According to a Human Rights Watch report, his advocacy efforts to promote basic human rights were the main cause for his conviction.

Since his arrest, he remained in solitary confinement in the al-Sadr prison in Abu Dhabi, reportedly deprived of basic necessities and denied his rights both under international laws and Emirati law. Reportedly, he has been denied any form of human contact with other prisoners or family, apart from infrequent 30-minute visits by his wife, and limited phone calls to his wife and mother.

“The Arab Emirates often boast tolerance and modernity,” Castaldo noted, “but in the history of Ahmed and the other 60 people, including activists, lawyers, students and teachers, arbitrarily detained following the collective unfair trial of the UAE94 case, we can read the gradual transformation of the Emirates into an ultra-repressive police state, in which the persecution of anyone who exposes himself on political and human rights issues is systematic.”

The Italian 5 Star Movement (M5S) MEP stressed that the EU should take the lead in strongly and resolutely rejecting the silence surrounding the abuses, and that it should move to punish those responsible. Castaldo also called for the EU to enter into a dialogue with the UAE, along with the US and the UK, and to make it clear that future trade relations will be contingent on the release of Mansoor and other activists and dissidents.