The growing threat of Islamophobia in Europe

by Nourhene Mahmoudi
in Europe, Features 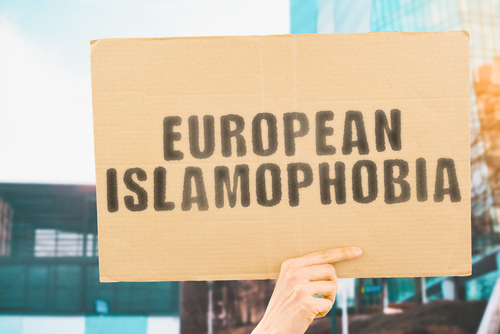 Brussels (Brussels Morning) Islamophobia must never be seen as a theoretical problem or a mere ideology, given how it can fundamentally alter and destroy the lives of the people it impacts upon. Just think of people like Marwa al Sherbini, 12 years on from her murder by a white nationalist on the streets of Dresden , targeted solely because she was a Muslim.

Last year we witnessed the far-right terrorist Brenton Tarrant sentenced for the dreadful and wicked attack in which he killed 51 Muslims in cold blood, including defenceless men, women, children during their most vulnerable moment; the prayer.

Months before the sentencing we saw another attack in Hanau, when a gunman left his home in search of migrants to kill. This sadly served to prove yet again that anti-Muslim hatred continues to be an alarming phenomenon which adversely affects the lives of Muslims in Europe, lives such as mine, where abuse is a feared yet assumed element of our day-to-day lived experience.

In the space of 18 months, we have witnessed two major attacks on Muslim communities, each motivated by anti-Muslim and anti-migrant sentiment, and yet, to many of us, it still appears as though we have to convince those in power that Islamophobia really exists.

European institutions and national governments must start taking stronger measures to combat the growth of Islamophobia, which so threatens our European values and puts them at risk. Let us be clear — Islamophobia divides our societies, it marginalises our communities and it threatens our democracies.

A common definition of Islamophobia is the anti-Muslim racism that operates by promoting a negative and generalised image of Muslims in different life contexts. Islamophobic rhetoric aims to dehumanise Muslims by portraying Islam as a religion that is alien to the national culture and to the very identity of many member states. Yet the truth is that the civilization brought by Islam is integral to the historical European experience, having actively contributed to the development of European culture.

In order to tackle Islamophobia on a serious basis, it is essential to first recognise that it exists and then to acknowledge its dangerous consequences. The reality is that Islamophobia has yet to be recorded as a separate category of crime in any EU country. This alone serves as a huge obstacle to any effective effort to develop a strategy designed to counter the spread of anti-Muslim hatred we find today in our region.

The language and terms of political discourse are becoming more dangerous than ever before. Islamophobia is normalised by many of those in power. It has become commonplace for parties during election season to associate Europe’s problems solely with immigration and the presence of Muslims on European soil. Over the last decade, we have seen a noticeable resurgence in far-right movements that have joined forces to build a sort of cross-continental alliance, paradoxically anti-European and anti-systemic, which seeds, fuels and exploits anti-Muslim feeling among disgruntled populations that are searching for answers about their own sense of deprivation.

Stigmatising Muslims in the media, public and political discourse, through legislative acts and in educational institutions, is an active part of Islamophobia. While a religious minority should be able to live in peace in Europe, Muslim communities are targeted on a daily basis.

Our network at the Forum of European Muslim Youth and Student Organisations regularly hears about students being threatened in formal and informal ways for wearing the hijab or for praying in school/university; or just simply for being young active Muslims trying to live their lives freely while making a positive contribution to the community.

Muslim women like me are the biggest victims when it comes to the manifestation of Islamophobia. This is because of the visible nature of our practice. Gendered Islamophobia can manifest itself in many ways, ranging from the structural, where institutions actively implement policies that directly exclude us from public life, to the physical, where there are countless examples showing the intersectionality between violence against women and faith-based racism.

Therefore, on the occasion of the European Day of Action Against Islamophobia, it is essential that institutions and European leaders alike recognise the existence of the problem and start building a proper strategy aimed at ending once and for all the different forms of Islamophobia and assuring the security of the Muslim community.

The challenges ahead are numerous, but in an anti-European, anti-institutional age where nationalism is the resurgent norm, we must choose to trust and believe in civil society, in our institutions and in their capacity to protect the vulnerable and guarantee equal rights for each and every inhabitant.