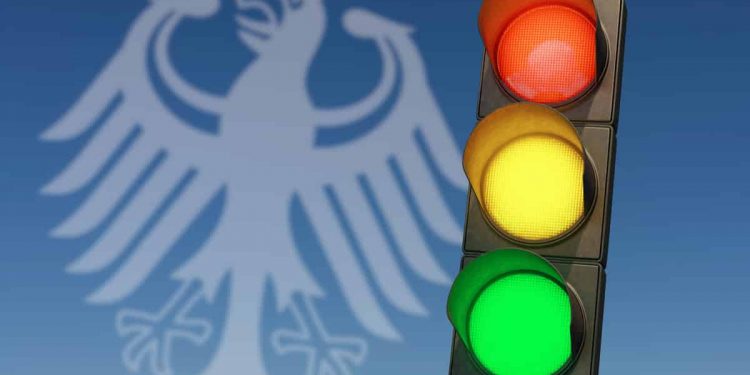 Called the “traffic light coalition” because of the traditional colours of the three participating parties, the new government is the first federal government ever to comprise more than two parties, although the arrangement has been tried out previously at regional government level.

Centre-left Social Democrats’ (SPD) chancellor-candidate Olaf Scholz will be the next Chancellor, while liberal Free Democratic Party (FDP) leader Christian Lindner will take the position of Vice-Chancellor and Minister of Finance, a position that Scholz held in Merkel’s cabinet.

The Greens reportedly negotiated a number of environmentally-friendly concessions from the other two parties, with the coalition’s final plan envisioning Germany phasing out coal by 2030 at the latest, increasing rail freight transport by 25% and reaching a figure of at least 15 million electric cars on German roads by 2030.

Speaking at the press conference in Berlin, Habeck emphasised that the policies of the new government will aim to reconcile “welfare with climate protection”.

SPD also managed to push through a number of its main policies. These include a 12 euro per hour minimum wage and plans to build 400,000 new apartments each year to fight a growing housing crisis.

The three parties also agreed to lower the voting age to 16, to permit the legal sale of cannabis, to allow immigrants to apply for citizenship after five years of residence, and to allow dual citizenship. A new point-based immigration system is also to be implemented, aimed at attracting qualified workers.

FDP fought for – and received – a pledge not to introduce new taxes, and to return the so-called “schuldenbremse”, a constitutional limit on government debt, which was suspended to mitigate the economic impact of the coronavirus pandemic.