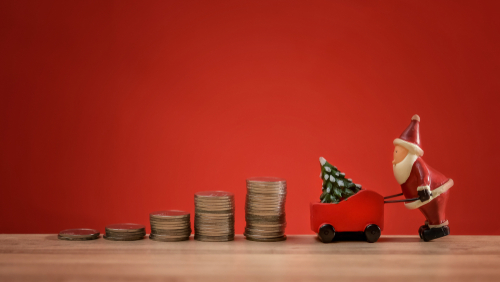 As Europe gears up for winter, another headache will keep leaders awake at night, and risk making the next holiday season even more expensive for consumers.

Honolulu (Brussels Morning) The topic du jour is shipping and trade. I, for one, often forget how vulnerable our economies are to these ancient routes. Yet, after seeing big chain shopping markets running out of produce and stock, I began wondering why I could not enjoy my LU Petit Prince cookie with my cappuccino.

Being in Honolulu, most products are centralised on the mainland US west coast before being shipped out this way. This is true for European stuff, and even more so for products coming from Asia.

Thus, if a ship misses its chartered targets, which is likely more than 50% of the time, or even worst, a port closes for a significant period at crucial moments of the year, markets boil up. In February, when the Ever Given blocked the Suez Canal for less than a week, it generated a backlog lasting throughout summer.

Going back to my Petit Prince cookies, they are very likely in some container ship waiting to dock mainland US.

Just outside Seattle, reportedly, there are 80 vessels on stand-by, and in Los Angeles, America’s largest, western-facing port, the situation is not that much better. Some 36 container ships are anchored off the ports of the City of Angels, according to a report from the Marine Exchange of Southern California.

But how did we get here, trapped, as it were, between gluttonous demand and hollow deprivation at the same time?

In part, at this point Corona, the usual suspect, can be blamed. In fact, Chinese authorities have adopted a maximum effort to stamp out the virus. Only a few cases can shut down an entire port – as with Ningbo, the world’s third-busiest container port – leaving captains stranded at sea, adrift in uncertainty.

For S&P Global, “the closure at Ningbo is now particularly sensitive as it may hold up exports for the peak season of deliveries into the US and Europe which typically arrive from September through November.”

One-off shocks, such as Beijing’s closure of Ningbo, are scrambling the industry’s routes, and skyrocketing prices. For market players, voyages are getting costlier, anywhere from 3- to 10-fold, depending on the route, when compared to 2020 figures.

The World Container Index, one of the industry’s benchmarks, shows the composite cost of shipping a 40-foot container on eight major East-West routes hit a high of $9,613 in the second half of August, up 360% from a year ago.

Key routes, such as that from Shanghai to Rotterdam, Europe’s largest port by traffic, saw the rate for containers jump 659%. Routes from Shanghai to Los Angeles and New York have risen similarly.

Moreover, shippers are spooked, and with the approaching holiday season (which in the US begins with Thanksgiving), they are booking all capacities, and anything else they can lay their hands on, to offset the risk of under-delivering Christmas.

This order glut is forcing players to dust-off old trade routes. One example is the Taiwanese carrier Wan Hai, which, attracted by the high rates, may re-enter European trades with its smaller vessels.

Landing Inflation, from Sea to Land

Most importantly, these higher costs could feed inflation in the broader economy, and not just at sea, as entrepreneurs will bear the brunt of the price hike.

In fact, the global supply chain has become so fragile that a single, small accident “could easily have its effects compounded”, HSBC Holdings said in a note.

Like the snake that bit its own tail, big players are storing up parts to avoid one-off disruptions. The effect is to further push up prices, which eventually and inevitably will be passed on to consumers. Economists at the OECD warn that rising shipping costs may temporarily impact inflation in member countries well into 2022.

Shipping inflation will compound Europe’s current turbulence. Companies in Britain are grappling with record low levels of stock and retail selling prices are rising at the fastest pace since November 2017. Germany’s recovery is also under threat. A key measure of business confidence in Europe’s largest economy, released on Wednesday by the Munich-based Ifo Institute for Economic Research, fell more than economists had predicted, with the drop blamed in part on shortages of metals, plastic products and semiconductors, among other goods.

Moreover, as Europe grapples with its own woes, there will be many opportunities for further one-off shocks to hinder its economic recovery.

As the US completed its retreat from Afghanistan, neither its president nor the country can be too happy with a performance that has left Washington weakened globally.

The fact is that the White House and its fellow DC-based institutional players did not adequately consult with their European counterparts, with the Biden administration so far showing very little intention of deviating from an “America First” approach, that is now being sold as a “foreign policy for the middle class”.

Few things anger the American public as much as national humiliation and a failure to protect. Unsurprisingly then, the Biden administration will seek to rectify its posture with the electorate, and prove itself to be strong and unyielding. President Biden simply cannot afford to let the Republicans write his administration’s legacy in foreign policy.

In the end, there are midterm elections on the horizon. The Democrats’ stately blue ship risks foundering on Republican red rocks and losing its grip on Congress should those in command forget their voters in 2022. Indeed, if the middle class wants America first, that is exactly what it will get.

What is good for America and Mr. Biden is not necessarily what is good for Europe. The indiscriminate use of economic policy tools, such as sanctions, without fully consulting its allies, as Washington has shown itself willing to do, will only negatively impact the old continent.

Thus, as leaders begin debating the roll-back of measures to contain the coronavirus pandemic’s economic and social toll, perhaps big decision should be left for the coming year, or least until Christmas, especially when considering the geopolitical conditions that may further affect shipping routes, and, indeed, the fate of my beloved Petit Prince cookies.