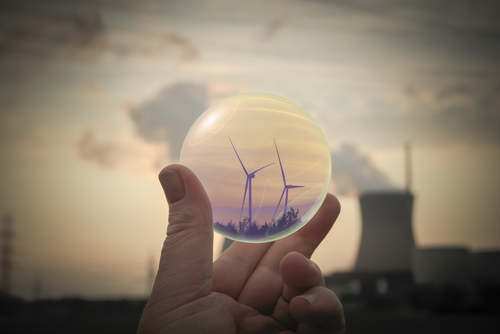 Honolulu (Brussels Morning) Europe’s Green New Deal, if implemented, will have global repercussions: 55% lower emissions by 2030, compared to its 1990 levels and carbon neutrality by 2050.

The European Council on Foreign Relations, in cooperation with Bruegel, have estimated that to attain these targets the EU will have to phase out coal by 2030, and oil and natural gas by 2050.

Given the Union’s consumption levels and external actors depending on our energy voracity, the transition will unavoidably reverberate in Europe’s periphery and the world at large (Figure 1).

This is strikingly apparent just by looking at the EU’s southern neighborhood, the most demographically explosive and food dependent region in the world, still digesting the 2010 Arab Spring aftershock.

For Algeria, hydrocarbons are the backbone of its economy which account for roughly 30% of GDP, 60% of budget revenues, and nearly 95% of exports. Libya’s war-torn economy depends almost entirely on oil and gas exports to stay economically afloat and avoid a total meltdown. Egypt has long been reliant on hydrocarbons to keep its commodities’ exports afloat. Tunisia as well retains petroleum as one of its core industries.

Hence, how should the Union manage its engagement with these oil-dependent economies, what priorities should guide our choices, and what are the geopolitical implications?

Luca Franza, head of the Energy, Climate and Resources Programme at Rome-based think tank Istituto Affari Internazionali, says the EU has set four objectives for itself through the coupling of the Green Deal and its foreign policy (“external action”). Firstly, relaunching the energy transition domestically and through the green recovery packages.

Secondly, the EU is seeking to step up on the world stage and catalyze US and China consensus – cumulatively, coordinating policies for the three economic zones that account for over 50% of global Greenhouse Gas emissions.

Thirdly, strengthening the resilience of zero carbon value chains, whilst navigating the allures of mercantilism and protectionism.

In particular, “hydrogen is a missing link in the neighborhood transition, and can yield internal and external benefits, for all”, Franza tells Brussels Morning.

To this end, subsidies and public-private loans ought to target carbon capture and storage systems over bioenergy, pointing to how the latter is often mistakenly taken as emission neutral, an ill placed faith.

Yet, society is electrifying very quickly; wind and solar power will need complementary energy sources to attain the Deal’s objectives. The banking veteran sees this trend only getting quicker.

“There is no alternative to nuclear power generation. It is relatively safe, CO2 neutral, and if you buy proven systems it is cheap and the energy intensity is impressive compared to other sources. And if we can switch to thorium from uranium in 20 years’ time, quite a lot of problems will be solved”.

The Dutchman sees this strategy’s success contingent on the proper inclusion of neighbourhood countries to support their decarbonising efforts.

In particular, “international financial institutions and the European Commission ought to play an active role via technical support, and facilitating investments via cheap and soft loans!”

In sum, says Van Ballekom, there is no ideal way to produce energy yet. Finding the right mix will be key to the Green Deal’s success.

At the end of the day, “geopolitics is a main driver in this region. Pushing too hard will land these countries in the arms of other players, such as China and Russia”.

In fact, not only are traditional energy sources their economic backbones, but most tech and know-how for renewables needs to be imported. Today it is typically provided, cheaply, by China, of course, with its adjunct influence tag. “Other players, such as Russia and Arab countries are also looking to get in the oil-gas investment game, full-throttle”, Widdershoven tells Brussels Morning.

If Europe wishes to not fall behind its friction friends, in its own backyard, capitals will have to act concertedly as a Union.

To do so, Europeans will have to move fast and make long-term commitments. Yet, this will comport conciliating different political priorities.

Internally, a uniform position will not be found on all fronts. In certain respects, certain member states may decide to go it alone, for example, on nuclear energy, as has been the case historically.

Externally though, anything short of concerted action at the pinnacles of decision-making would result in the debacle for the century. As a liberal Italian – a bumpy experience in itself – I dread the thought of further countries imploding and descending down the hell Libya has, and is, experiencing.

As our southern neighbour ignited, our society, economy and politics go enflamed as well. When the grill catches fire, you must ensure the backyard remains sustained – if not the party ends.