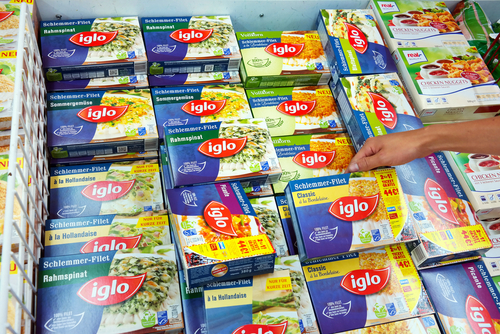 Zagreb (Brussels Morning) The Croatian food and retailing conglomerate Fortenova has sold its frozen foods business unit for 615 million euro to the UK-based Nomad Foods, in what amounts to the largest regional takeover of its kind in more than a decade.

The sale includes the largest regional ice-cream brand in the Balkans – the Croatia-based Ledo – together with its Bosnian and Serbian subsidiaries, Ledo Čitluk and Frikom. Ledo also produces and distributes frozen foods in Slovenia and Hungary. It is the region’s leading frozen foods company.

Since its launch as an investment vehicle in 2014, Nomad Foods has grown to become Europe’s largest frozen food company. Three quarters of its sales come from the UK, Italy, Germany, France and Sweden. In the past six years, the company has taken over Iglo, Findus, Goodfella’s Pizza and Aunt Bessie’s to reach a market cap of some 4.9 billion dollars.

However, the company was lacking a presence in Central and Eastern Europe and had no ice-cream brand in its portfolio. This makes the Ledo takeover a good fit since it enables Nomad to gain a significant foothold in the Balkans, while allowing the Ledo brand to reach more Western European markets.

Nomad Foods CEO Stefan Descheemaeker confirmed to Bloomberg that the company plans to develop Ledo brands in the future. “We are in the business of reinvesting behind these brands, and we want to further grow them. We believe these brands have the potential to be faster and bigger and better”.

Nomad purchased Ledo from Fortenova, a legal successor to the failed regional conglomerate Agrokor. One of the largest SEE companies, Agrokor folded in 2017 since it was unable to repay the debt it accrued through aggressive vertical and horizontal expansion in the region.

As a major employer with more than 60,000 workers and as a significant part of the national economy, the company was partially bailed out by the government through a hastily-introduced Extraordinary Management Act. The Ledo sale is, for now, the largest company divestment of a non-core business unit.