The workers’ right to disconnect and disconnection from labour rights

by Konstantinos Arvanitis MEP
in Opinion 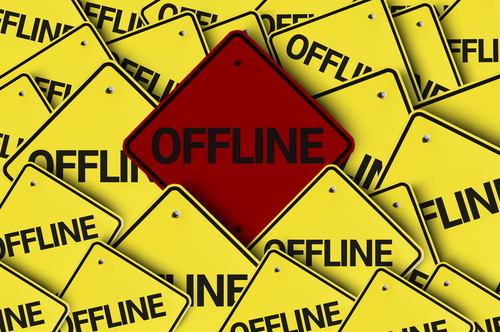 Brussels (Brussels Morning) Amid all the changes the COVID-19 pandemic has put upon us, some stand out for their permanency. These shifts are less to do with the current emergency, but much more about accelerating existing processes, which this health crisis has done spectacularly.

Labour is a prime example of where such changes are taking place. The traditional working environment, typically remote from the domestic sphere, is now firmly embedded in our homes, perhaps for the first time in centuries. Our society’s current technological capabilities have enabled this interconnectivity and now a significant percentage of EU workers — 30% more than in the recent past — are now working remotely. Many believe this is more than a temporary situation but rather an especial arrangement for the duration of the emergency.

This new dynamic is where policy comes into play. The European Parliament has taken the legislative initiative to regulate this new reality, to clearly lay out rights and obligations, in short, set the rules of the game.

These rules are not necessarily “new”. In fact, I believe that what we need to do is translate our ‘old’ or rather current rules, to the new situation, and to spell out precisely what labour rights mean in the context of the new labour environment brought about by remote working. And that must happen now, as we transition in the emergency, and not left for some moment in the nebulous future or an arbitrary transitional period of three years.

Delay of necessary regulatory work invalidates such legislative action at the core, politically invalidates the initiative and clears the room for the ‘market’, the holders of capital and employers to ‘regulate’ labour themselves imposing their own terms, to the obvious detriment of the workers. Such a postponement is poison for policy.

Such postponement then has no place in the European Parliament on the right to disconnect where discussions I have contributed to are helping shape a progressive framework with a series of amendments to the proposal.

Despite the urgent need for regulation now, Europe’s two biggest political families, the European People’s Party (EPP) and the Progressive Alliance of Socialists and Democrats (S&D), chose to introduce a three-year delay in legislation, by submitting and voting for the amendment that does just that.

In reality, the right to disconnect is the worker’s traditional right to set working hours, beyond which he or she will not work without paid overtime, “translated” for the new working conditions. It is the worker’s right to not comply with arbitrary employer demands for more work. The right to work according to a minimum of protection, established after centuries of struggle.

Furthermore, the three-year deferral is by no means a necessary period of adjustment, as its endorsers hypocritically claim, but altogether an invalidation of the right. In reality, the worker ends up disconnected from his rights.

The outcome brings up a number of critical questions here:

How did the European Parliament, at the end of a long and unusually agreeable process, come to postpone regulation at the last minute? Did aggressive lobbying on behalf of European Business Unions result in the proposed amendment influence the outcome? Was this lobbying responsible for engendering an under-the-table deal between the two main players in the European Parliament?

Should we, not forgetting the current issue, direct our attention to how vulnerable European politics are to behind-the-scenes actions by powerful pressure groups?

Has the time come to set down even stricter rules for the game, actually enforceable and dissuasive rules?

I also query whether necessary adjustments will be discussed and dealt with during the transitional period, such as working hours. And is there be a plan to include the de facto imposition of unlawful extension of working hours (already present in many cases), under the pretext of emergency, rationalising that the computer is always powered up with its owner, the worker, inevitably close by.

The undermining of legislation intended to defend labour rights, by the unholy alliance of the European Right and the Social Democrats, can be seen as an utter betrayal of the European Workers.

Upon a second reading, however, we cannot ignore the corrosive efficacy of the lobbying of economic powerhouses over the European institutions; lobbying that is powerful enough to overturn policy and warp and endanger democracy in Europe as we know it.

Tags: Brussels DirectMain-Sliderright to disconnect
No Result
View All Result