Common foreign, security and defence policies when it comes to the Western Balkans 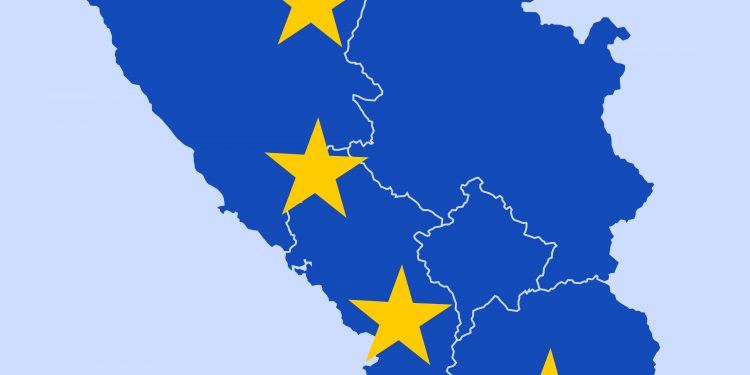 The common foreign and security policy and common security and defence policy will benefit the Western Balkans and the EU, writes Zeljana Zovko.

The EU is faced with a highly multipolar and unpredictable environment due to the increasing multi-faceted threats to global regional and national security and stability. Hence, we need to make the Union capable of assuming a prominent leadership role on the international scene and to promote its values and interests more decisively worldwide.

Since the Parliament has a duty and responsibility to exercise its democratic oversight over the CFSP and CSDP, the EU seeks to ensure security and stability while promoting the European values of freedom, democracy, equality, the rule of law and respect for human rights. I deem that out of only a strong and united EU with established foreign, security and defence policies will we be able to play a strong role in the new geopolitical environment.

Stability, security, peace and prosperity of the Western Balkans and the Eastern and Southern Neighborhood countries directly affect the Union’s own stability and security and that of its member states, as well as its reputation as a geopolitical global actor. Thus, the EU has a considerable interest in the stable Western Balkans since the destabilisation in the region can result in that the zone of instability that can spread to the EU.

I pointed out many times that instability and conflict in the Western Balkans create a range of security problems for Europe. Migration via the Balkan route, extremism and terrorism, as well as cross-border crime, all have implications for security in Europe but are actually spill-over effects of instability outside Europe. Therefore, Europe’s external and internal security is interrelated. At the same time, the foreign and security strategy is consistent with the fifth priority of the EU’s strategic agenda: the EU as a strong global player.

With the ambition of the EU to be a global actor for peace and security, its actions and policies need to strive for the maintenance of international peace, security, effective multilateralism, cooperation, global stability and active support for the rules- based international order. EU’s foreign and security policy should be guided by the promotion of democracy, the protection of human rights and the promotion of fundamental freedoms, including the freedom of religion or belief.

The EU must speed up integration of the Western Balkans

It is the joint responsibility of EU member states and EU institutions to implement the comprehensive approach effectively and thus contribute to stability and security in Western Balkans and Europe. It is necessary, therefore, that the EU speeds up the integration of these countries, if not, it may lead to the situation in which the continuing delays lead to withdrawal, national or religious hatred that breeds extremist intolerance at the heart of Europe, or even losing soft power in the region in favor of some other global actors, such as China and Russia.

In order to increase the visibility of the EU’s actions we urgently need to strengthen CSDP missions as well as the EU’s overall strategic planning and communication policy. Moreover, I deem that this is crucial to contain and counter third countries influences that have opposing and damaging long-term interests for the region. The EU needs to strengthen its credibility, which has been damaged in the region for years now. Furthermore, it is needed to create fertile ground for wider reforms and to promote more cross-border cooperation between competent institutions to combat common threats.

A strong signal is important for countries like Bosnia and Herzegovina where support for Europe can decrease in the current political situation. If the EU wants to maintain its leadership in the region, it should act faster, as soon as the goals, one by one, are met. Thus, I welcome the reaffirmation of unequivocal support of the member states for the European perspective of the Western Balkan countries as stated in the Zagreb Declaration of 6 May 2020. Given its geographical location, on the one hand, the region is important to the EU in terms of trade and transit routes.

Therefore, the Western Balkan countries’ economic and political prospects and their future within a European framework should remain one of the top priorities for the EU. On the other hand, since the Western Balkan countries are historically and culturally part of Europe, the integration of these countries into the EU is of key importance for the stability and security of the continent as a whole, as well as for the EU’s influence in the region and beyond, and this cannot be stressed enough.