The EU should work towards housing for all 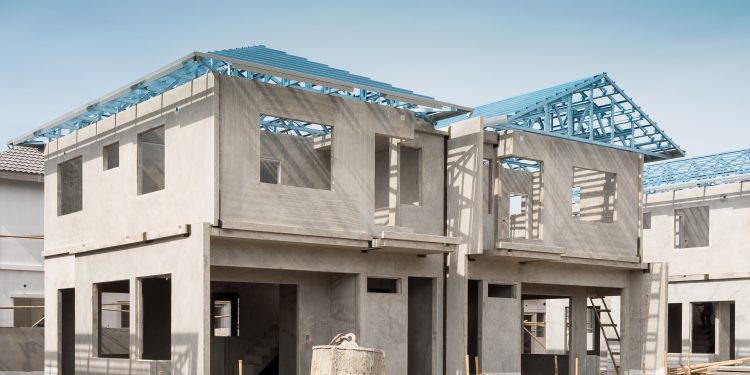 COVID-19 has highlighted the problem of affordable housing in Europe, it’s time for the EU to adopt Housing4All, writes Daniela Rondinelli.

Brussels (Brussels Morning) During the European Parliament plenary sitting of 21 January, Europe took another major step forward, becoming much more attuned to the needs of its citizens. Indeed, it was thanks to the crucial votes of the Five Star Movement that a substantial part of the motion for a resolution on access to decent housing was adopted, allowing member states to separate social investment from the deficit-to-GDP ratio under the Stability and Growth Pact.

The lack of affordable housing is becoming an increasingly serious problem in the EU and, in recent years, the continuous increase in house prices and rents has weighed more and more heavily on the incomes of individuals and families. The economic and social fallout of the COVID-19 pandemic have further aggravated the situation, making it harder to access decent and affordable housing in almost all member states.

Even before the pandemic began, one out of ten Europeans were spending over 40% of their income on housing. Not only the price, but also the quality of the accommodation itself is a problem. Too many people in Europe live in overcrowded, damp, poorly insulated or otherwise insalubrious homes with unaffordable maintenance costs. However, this is only part of the problem, since we must also consider the sad reality of over 700,000 people sleeping out on the streets every night in Europe.

These are worrying statistics that clearly demonstrate how little has been done in past decades to fully implement the European Pillar of Social Rights, which recognises the right to housing assistance for the needy, the homeless and the vulnerable.

It may seem paradoxical, but the pandemic has made Europe aware of the need to begin to disengage from a model of exclusively macroeconomic governance that has led to cuts and austerity in favour of an approach more attuned to the real needs of its citizens.

In March, the Commission will propose its action plan on the European Pillar of Social Rights addressing, among other things, the problem of homelessness. This is also at the top of the Portuguese Presidency’s agenda. The motion for a resolution on Housing4All adopted by Parliament reflects the will to adopt for the first time a common European strategy to tackle the housing emergency in a rediscovered spirit of sharing and cohesion that has been kindled by the battle against the virus. We cannot allow good intentions to remain a dead letter and the Commission must demonstrate the courage to propose a common social strategy capable of ending homelessness by 2030, working side by side with member states and at the local level where the impact of the problem is naturally felt most.

The substantial Recovery Fund resources can also be used for the redevelopment of buildings with a view to achieving social and environmental improvement, greater energy efficiency and emissions reduction, in line with the provisions of the Green New Deal. The health crisis has also had a disastrous economic and social fallout, compounded by the challenge of climate change that requires us to switch to more sustainable patterns of consumption and production. Investing in quality housing could be one of the most effective means of riding the wave of renewal that can be expected when the pandemic is over. Housing renovation projects can create millions of jobs, provide a launching pad for revitalising the economy and, at the same time, offer the most vulnerable members of the community the prospect of decent homes in terms of health and energy efficiency.

For this very reason, it is necessary to revise the Stability and Growth Pact, thereby enabling member states to make the necessary social investments, including those related to the development and improvement of affordable and energy-efficient social and public housing.

Only by resolving the problems of the past decade that have been constantly besetting us can we begin to envisage a different future for Europe and its citizens.