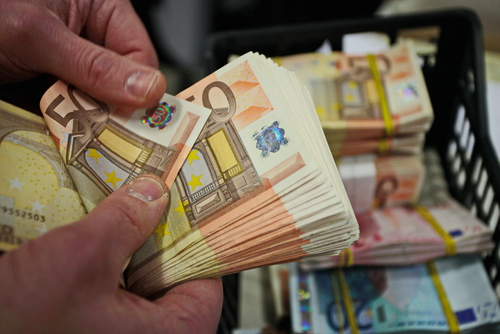 The current design of the bills was adopted roughly 20 years ago and the decision on redesigns is to be made in 2024, according to DW reporting on Monday.

The current design features generic bridges, doorways, and windows from different time periods and does not represent any specific locations. The notes currently do not depict any people and it is not clear whether this will change.

The ECB pointed out that it wants to involve the general public in the redesign, stressing that it will ask eurozone citizens for their input.

“After 20 years, it’s time to review the look of our banknotes to make them more relatable to Europeans of all ages and backgrounds,” ECB head Christine Lagarde noted in a statement released Monday.

According to her, the banknotes are “a tangible and visible symbol that we stand together in Europe, particularly in times of crisis, and there is still a strong demand for them.”

Citizens to be consulted

The bank announced it would set up focus groups tasked with surveying the citizens of the 19-member eurozone to find out which themes they would like to be represented on the new bills.

An advisory group that will comprise one expert from each eurozone member state will pick a list of proposals and compile a list to send to the bank’s advisory council.

EU member states outside the eurozone, Bulgaria, Croatia, Denmark, Hungary, Poland, Romania, Sweden and the Czech Republic will not be affected.