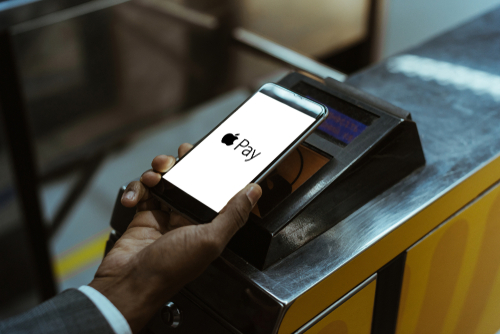 Belgium (Brussels Morning Newspaper) The US tech giant Apple could face a considerable fine and could be forced to open up its mobile payment system to competitors, as the European Commission accused the company of restricting competitors’ access to its mobile wallet technology.

The EC announced on Monday that it had sent a so-called statement of objections to Apple, opening a new anti-competitiveness process against the US company. The formal letter sent to Apple detailed the EC antitrust charges in the case, providing indications that the company had abused its dominant market position to close out competing for mobile wallets out of IOS devices, such as iPhones.

This is currently the second EU antitrust charge against Apple, following last year’s process in which the company was accused of abusing its market position to edge out the competition in the music streaming market. According to the Commission, the latest suspected breach of EU antitrust regulations dates back to 2015, when the company first introduced its Apple Pay mobile wallet service.

The Commission’s antitrust chief Margrethe Vestager said on Monday that the EC has indications that Apple restricted third-party access to key technology necessary for developing competing mobile wallet solutions on Apple’s devices. “In our statement of objections, we preliminarily found that Apple may have restricted competition, to the benefit of its own solution Apple Pay,” said Vestager.

If found to be in breach of EU antitrust rules in this particular case, Apple could face a fine of up to 10% of its global turnover, which amounts to some 36.6 billion dollars based on its 2021 revenue.

The company issued a statement saying it would continue to engage with the Commission. “Apple Pay is only one of many options available to European consumers for making payments, and has ensured equal access to NFC while setting industry-leading standards for privacy and security,” the company said.