by Pernille Weiss MEP
in Opinion 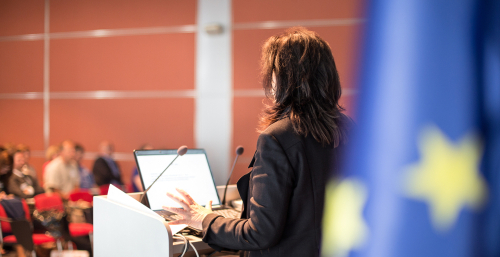 old-fashioned thinking is a barrier for women entrepreneurs

Belgium (Brussels Morning Newspaper) “It’s a good thing you married well”, my father once said, after I had rushed from one end of Denmark to the other to be with my mom and him after he was admitted acutely to the hospital.

His intentions were good. A father always wants his daughter to be in a relationship where she is safe and taken care of. Also financially. But my father’s generation will probably be the last to say something like that out loud.

And that is definitely a good thing. Such comments are not okay. No matter the generation or decade we live in. The point is that it makes you aware of the dependency there might be between people. But that is no one else’s business. Because what do they know about that?

That was my immediate reaction while I was struggling to neglect the offense. Despite the good intentions, he totally misunderstood why I was able to prioritize being with him on that day.

At that time, I had owned my own company for a few years. I had employees and solid revenue. All my days were arranged so my company could have all my attention, but that also gave me the flexibility to visit my father when he was admitted to the hospital. He thought I came because I was
married well. He hadn’t realized that I came because I really wanted to – despite being the boss in my own company and certainly making a living for myself. Like so many other entrepreneurs. Men and women.

This I know now when I’m finalizing the EU’s first report (precursor to legislation) on how to get more women entrepreneurs. Women seamlessly work as entrepreneurs and still find time to do other things as well. We are so good at it that we tend to forget to find investors who can skyrocket our innovative business cases creating growth and more jobs.

My report addresses the issue that the EU’s economy and sustainability cannot afford women entrepreneurs to be held back by our society’s psychological barriers and old habits. This also includes banks that are excessively old-fashioned when a woman wants to open a small overdraft facility to get her business going.

Along with the comments from my father, I still use the power and drive I got from the humiliating experience I had when my ex-husband had to co-sign my overdraft facility when I started my own company back in 2008. We had a couple of joint bank accounts, and I certainly did not have to sign any papers for his company. I found that discrimination and discredit to my innovative business case would later prove profitable. But I swallowed the camel and accepted his signature.

In the short run, I used the experience to fuel my eagerness to become financially independent. Now, I can use it to make a political report on the EU, which is full of ready-to-use proposals that can really make a difference. A difference for all those women whom we as one society eager to strengthen the EU competitiveness need to pursue a career as entrepreneurs. And to make up for the cultural disillusion claiming that women are financially dependent on men.

I have no problem with interdependency, and I believe that relations make us the best versions of ourselves. But that is something you have to figure out for yourself. Always knowing that, when it comes to entrepreneurship, you as a woman do not need to be married well. No matter what the bank or your father might say.