EU about to sanction Iran for human rights violations 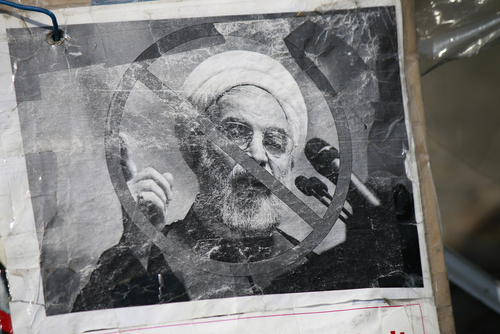 Brussels (Brussels Morning) The EU is moving towards agreement on sanctions against Iranian individuals for human rights violations, according to three EU diplomats, Reuters reported on Tuesday.

According to the three,  the bloc is to impose asset freezes and travel bans on the individuals, whose names are to be announced next week, once the measures come into effect.

The diplomats noted that the EU renews its list of Iranian individuals sanctioned for human rights violations each year in April, a list that has grown to more than 80 since 2011. The list is expected to be updated on Wednesday.

Responding to a reporter, one of the diplomats pointed out the bloc decided to implement the latest measures now because it wants to take a stand on human rights at this juncture.

The EU imposed sanctions on 11 individuals from China, Libya, North Korea and Russia in March.

The UN has been warning regularly about human rights violation in Iran. A report presented by Javaid Rehman, the UN Special Rapporteur on the human rights situation in the Islamic Republic of Iran, on 9 March documents the high death penalty rate in Iran, including the executions of juveniles. It also cites instances of torture and questions the legality of arranged marriages of girls as young as 10.

While the EU revoked broad financial and economic sanctions on Iran after the nuclear deal struck in 2016, it did target an intelligence body and two individuals in 2019, having accused Iran of plotting attacks in Denmark, France and the Netherlands. Iran denied all the accusations.

In September last year, Britain, France and Germany summoned Iranian diplomats to decry Iran’s human rights record. The three countries had pressed for sanctions over Iran’s involvement in conflicts in Syria in 2018 and the country’s missile programme.

The bloc stopped the push over concerns that sanctions could jeopardise lucrative contracts held by EU companies operating  in Iran.