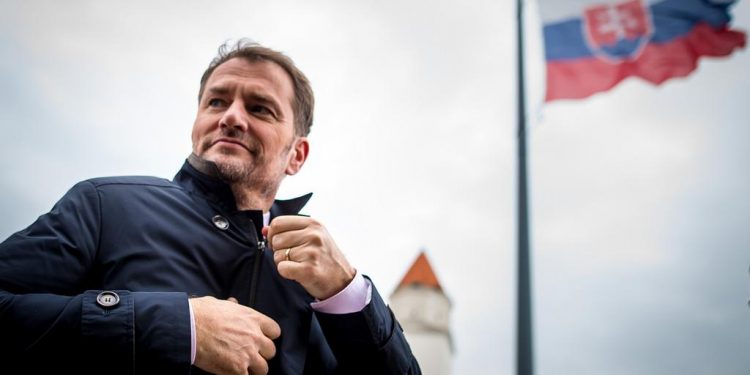 The decision was reached following discussions between the leaders of three of the four ruling coalition parties on Sunday, and announced in the presence of all three party leaders. The leader of the fourth coalition party, liberal Freedom and Solidarity (SaS) head, Richard Sulík, had resigned as both Economy Minister and Deputy Prime Minister on Tuesday of last week.

Heger, a member of Matovič’s Ordinary People and Independent Personalities (OLaNO) party, announced he would hold talks with all coalition parties and promised to meet with President Zuzana Čaputová on Monday. Under the Slovak constitution, the President formally nominates the Prime Minister.

The three governing parties participating in Sunday’s consultations have enough support between them to hold onto a majority in the parliament even without SaS backing, although Matovič hopes to secure their support as well.

The government faced a serious crisis of confidence over its handling of the coronavirus pandemic, with six of the 16 ministers resigning within a couple of days of each other. SaS and a second junior coalition party, For the People (ZL), blamed Matovič for the high rate of coronavirus deaths, and accused the Prime Minister of arrogance.

When Matovič ordered a shipment of the Russian Sputnik V vaccines, ignoring the decision of his own government, and personally picked it up at the airport, the conflict escalated further. His critics within the coalition then pointed out that the problem was not the vaccine itself, but Matovič’s “intolerable governing style”.