The two mega-projects that could change Southeast Europe 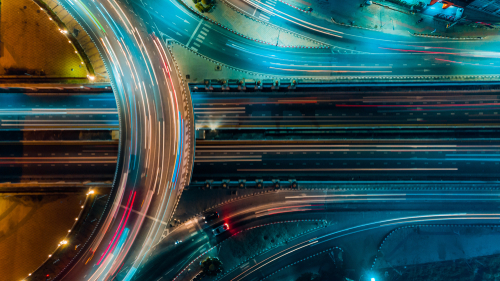 The megaprojects underway to improve connectivity from southeast Europe to the rest of the continent.

Thessaloniki (Brussels Morning) The economies of Southeast European countries have for years lagged behind the rest of the continent, not least due to a deficit of connectivity and transport infrastructure. The region craves for a Suez-type project, particularly in the current economic context.

After all, mega-investment has been a usual stimulous strategy during major economic downturns since the interwar period. As Turkey’s economy struggles to lift the regional market and tourism suffers and the ever-failing attemps of Balkan states to catch up with the rest of Europe, mamoth projects capture imagination.

But game-changing projects, like Suez or the Channel Tunnel, are complex, multivariable, and implementing them requires unrealistically visionary thinking rather than dry cost-benefit analyses. And it might be what the region needs.

The geopolitics of mega-projects

For years, there have been plans and rounds of discussions about a second link between the Medditeranean and the Black Sea – the Istanbul Canal – and talks of a new waterway linking Southeast with Central Europe (Danube-Morava-Vardar/Axios Canal). The governments of the region understand the benefits of those projects in terms of job creation, trade, transport, and foreign direct investment.

And investment can thrive where politics divide. Beijing has worked closely with Athens, Skopje, Belgrade, Bucharest and Ankara, seeking to gravitate the region in China’s Belt-and-Road orbit.

If they decide to include both megaprojects in their planning, they could change Europe’s geopolitical map. Germans, Russians, and US investors have also expressed an interest in engaging.

The Istanbul Canal is a project envisioned by Turkey in East Thrace. The purpose of the project is to reduce the large maritime traffic through the Bosphorus, minimising risks associated with tankers and other commercial vessels. 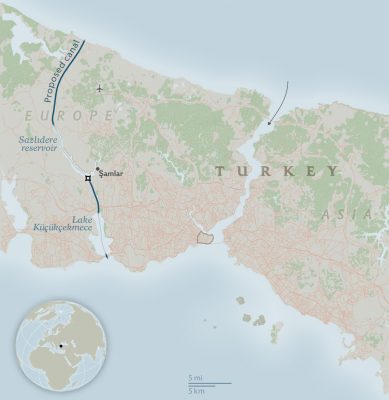 The Canal is projected to create a daily 160-vessel-transit capacity, which is comensurate to current traffic through the Bosphorus.

Brussels Morning spoke to Nantia Loutinskaya, a Junior Shipping Operator that specialises in port management and shipping market trends, about the project.

“The value of the Bosphorus Straits is highlighted by countries such as Ukraine, which exports large quantities of grain, iron ore, and coal worldwide and has some of the largest Black Sea ports, such as Odesa and Sevastopol, which makes it a major trading country. The same is true for Romania, which has significant shipyards,” she notes.

The project is commercially attractive as it connects the Black Sea to the Sea of Marmara and, thereby, the Aegean.

“The Bosphorus Straits are indeed an important gateway to the Black Sea. The passage of merchant ships from this point is necessary for the transport of cargo between states. However, delays and delays for ships in transit are frequent, which increases costs. This is one reason why I believe a solution that will dicongest the Bosphorus Straits is badly needed,” Loutinskaya argues.

“After the privatisation of the ports of Piraeus and Thessaloniki, which are experiencing booming developing, there are other ports that could follow. Specifically, ports such as Alexandroupolis and Kavala, at strategic points before the Black Sea, can offer alternative routes between the Aegean and the Black Seas, across the Bosphorus Straits. Also, the port of Igoumenitsa is a hub that can connect the Aegean with Western Europe”, Loutinskaya adds.

Another visionary project is the plan to connect the Black Sea with the Mediterranean Sea through a canal linking the Danube with the Axios/Vardar River. This would link Southeastern Europe with the Rhine-Main-Danube canal, transforming the way we think of the region as “in Europe” but not “of Europe.”

The US and Great Britain started out their industrial transformation through major investment in canals that date back to the 17th century. Technical innovation has allowed for Southeastern Europe’s less receptive terrain to replicate that experience. 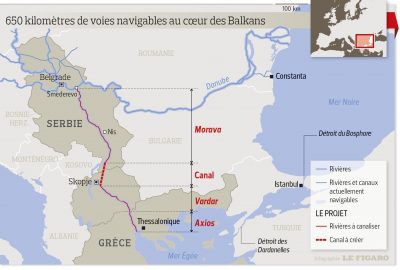 Brussels Morning asked Ioanna Karastamati, a Logistic Specialist that specialises in Intermodal Transport and New Technologies, to share her insights.

“With the implementation of the Danube-Morava-Axios canal project ending at the port of Thessaloniki, the prospects for the regional shipping industry should improve. The creation of a system of inland waterways would connect the markets of Central/Eastern Europe and the Balkans with the ports of Northern Greece”, Karastamati notes.

The European Investment Bank alongside the international funds are ready to support similar investment with obvious multiplier effects.

“The expansion of the European Union Trans-European Transport Networks would facilitate trade flows from the Caucasus to Western and Southeastern Europe and Greece with only positive effects on pre-existing maritime transport business,” Karastamati adds.

The Hellenic Shortsea Shipowners Association (HSSA) has already announced its full support for the project. Greek shipping represents 20% of the global commercial fleet and regional stakeholders perfectly understand that the ports of Northern Greece will become maritime and innovation hubs, experiencing a ‘Golden Age’ in the shipping industry.

“The port of Thessaloniki would become an entry-exit point (transit) for the entire river system of European trade and would hold a geostrategic position in the Balkans and the Eastern Mediterranean. This would upgrade the significance of the region, contributing to a significant increase in freight traffic”, Karastamati argues.

Istanbul’s Mayor Ekrem Imamoglu has been quite vocal against the Istanbul Canal project. He has repeatedly called on the city’s 16 million residents to resist construction.

The canal might affect the lakes and fructure delicate local ecosystems. The streams will be widened and the city will need to seek sanitation and water supply alternatives. But the most considerable issue is that a kind of island is being created between the canal and the Bosphorus, in a region that is prone to earthquakes. Such dramatic geological interventions may prove disastrous, according to critics.

Regarding the Danube-Morava-Vardar/Axios canal, there is no doubt the project would benefit the region, especially the Serbian mainland. However, there are 1.5 million hectares of prime agricultural land in the Morava Valley that depends on seasonal water cycles of droughts and floods. That problem is also linked to waste-management challenges for the towns, pastures, and farmlands along the ancient waterways.

Both megaprojects promise to benefit local economy, trade, and tourism, but there are real and significant dangers for water quality, not least because Black Sea water differs from that of the Aegean. New species will be introduced to both ecosystems and several communities may have to be uprooted.