Make the most out of the Outermost Regions

by Sara Cerdas MEP
in Opinion 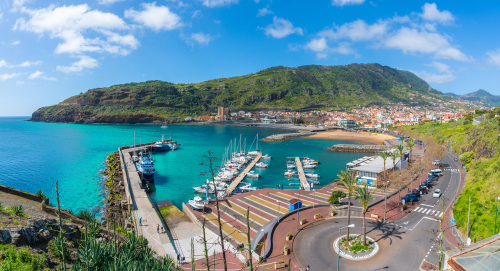 Belgium, (Brussels Morning Newspaper) Since the beginning of my mandate as a Member of the European Parliament, in July 2019, I have been pushing for more understanding and knowledge about the challenges and specificities of outermost regions, such as the Madeira Region, ensuring territorial and social cohesion throughout the EU. This was one of the reasons that led me to propose the mission to Madeira to the S&D Group and then the Committee of Transports and Tourism, which got full members’ support. Of course, it was also a pleasure to be one of the hosts, considering this would take place in my hometown.

Over the course of three days, a delegation of 6 MEPs were able to experience on the ground the impact of European policies on the transport and tourism sectors, on the socio-economic development of this region, but also to understand the impact of the COVID-19 pandemic and how the outermost regions can contribute to the environmental and digital transitions we are facing.

It was an important opportunity to reflect on the importance of the full implementation of Article 349 of the Treaty on the Functioning of the European Union and its integration into European policies. It has been a major focus of my work to guarantee that the protection of outermost regions specificities and difficulties are taken into account in the legislative work, especially concerning the two big transitions we have ahead, the digital and green transition and also considering the negotiations on the Fit for 55 package which are ongoing.

Indeed, this type of regions, due to its geographical circumstances, is dependent on several types of transport, such as plane, boat, cable car, and therefore remains important for effective investments to be continually made to ensure a diverse range of options. As an example, by car, in less than one hour, my colleagues traveled from Funchal to Porto Moniz, while before better infrastructures were put in place, this would have been an almost 5-hour trip.

From the mainland, Madeira is only reachable by plane and there’s no denying that the aviation sector is in urgent need to reduce emissions. We met the administration of the Madeira’s airport, with representatives from the international and regional levels, where there was an exchange of synergies about the current needs and the positive efforts and ambition in practice. We also rode on an electric bus from the public transport company “Horários do Funchal” and saw first hand their transition to electrification and challenges on the roads that go up to steep slopes of the mountains.

The transition to a more sustainable aviation and automotive sectors requires the definition of clear objectives, in the medium and long term, which should pay particular attention to the challenges faced by the outermost regions, such as Madeira, but also taking advantage of the maximum potential they have. We shouldn’t forget that a fast transition and the decarbonisation of the transport sector, which currently represents around 1/4 of the greenhouse gas emissions in the EU, needs to be just and inclusive, without leaving anyone behind.

When negotiating the proposal for a Regulation as regards strengthening the CO2 emission performance standards for new passenger cars and new light commercial vehicles, of which I am the shadow rapporteur at the European Parliament for the S&D group, I have been also asking for more recognition of the difficulties in ensuring a transition to electric cars in the outermost regions, either in terms of availability of such cars but also in terms of charging infrastructure.

It’s true that these regions are more dependent on maritime and air transport, which are the sectors more difficult to decarbonize. Nevertheless, regions need to take advantage of the changes that will take place to make them more resilient, in line with their enormous potential for the EU in terms of biodiversity, the blue economy or the use of renewable energy.

The future changes and clean energy alternatives are not an enemy, they are allies in our fight against climate change, which ultimately will improve our quality of life, by decreasing air pollution for example, and protecting our planet, mindful of the present and future generations.

But let’s not speak only about the challenges: Madeira has so much potential. The outermost regions and overseas countries and territories represent 80% of the European Union biodiversity potential. We have to focus more on sustainable tourism projects, on preserving our fauna and flora and on developing pilot projects, in order to convert the sector and ensure a bluer and greener economy.

As our way of being and living needs to change, I’m pleased to realize I have the support of my colleagues from different political groups regarding the protection of the outermost regions’ specificities on the proposals we are currently negotiating, ensuring that their needs are accounted for on the ongoing and future legislative packages.

I can proudly say that the European Parliament’s mission fulfilled all the objectives that had been set.

I would like to leave a special thanks to everyone involved in the organization of the mission, staff, all the enterprises, local and regional authorities and stakeholders who welcomed us, and all who contributed to the major success that was this visit.