by Shazia Marri
in World 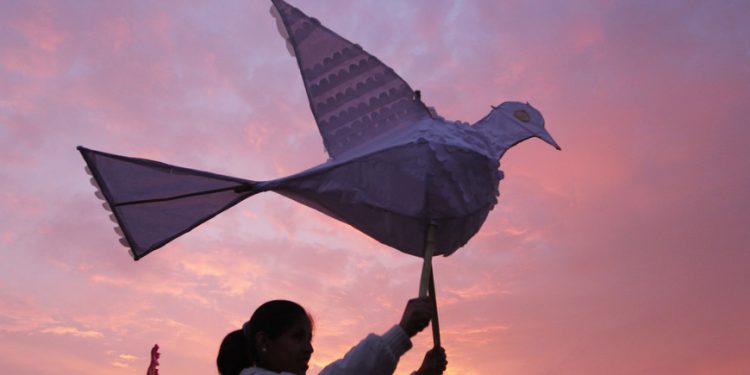 Islamabad (Brussels Morning) Throughout history, women have played a pivotal role in shaping the future. Whether it is the freedom struggles in Asia and Africa or the economic uplift of Europe after the Second World War, women have proved — time and again — their resilience in the face of danger and difficulty alike, and their continued commitment to build nations despite any and all hardships. As Eleanor Roosevelt once said, “a woman is like a tea bag – you can’t tell how strong she is until you put her in hot water.”

Pakistan was created as an expression of the free will of the people and the Founder of our Nation, the Quaid-e-Azam Mohammad Ali Jinnah envisioned the new State as an equal opportunity parliamentary democracy, where the strength and contribution of women would be duly acknowledged. He said:

“There are two powers in the world; one is the sword and the other is the pen. There is a great competition and rivalry between the two. There is a third power stronger than both, that of the women.”

But we speak today, of the present and the future. And while the present has its roots firmly in the past – we must face and look forward. And if we are to speak of women legislators, or indeed all women, and their role in sustainable peace, we must first ensure that women themselves are secure. For as long as the role and the contribution of women is uncertain, they cannot work effectively for peace. So the first step would be secure the participation and continued contribution of women in decision-making and implementation. It is an established fact that women bring more to the table. Their solutions to issues are more holistic and have a wider perspective.

It is as the Muslim world’s first woman and the world’s youngest Prime Minister Benazir Bhutto once said, “as a woman leader, I thought I brought a different kind of leadership. I was interested in women’s issues, in bringing down the population growth rate… as a woman, I entered politics with an additional dimension – that of a mother.”

So we must first ensure that this additional dimension that we women bring to the table, is guaranteed, and secure our role as key contributors.

We women are no strangers to intolerance and bigotry. With increasing extremism, our challenges have increased tenfold. Not only must we exist and work to make a place within the patriarchal society, but we must also consistently, be on the lookout for intolerant militant hardliners, who feel we have no place in society, and therefore are entirely expendable.

However, regardless of rising uncertainty and militancy, and despite many attempts to silence us, women have kept on battling for equal rights, security, and secure public participation. As leaders in politics we are countering extremist ideology and promoting an alternative vision based on peace, security, and development.

And for sustained peace to be achieved, we must continue down this path.

Over 70 years ago, Pakistan’s founding father Muhammad Ali Jinnah identified the maintenance and enforcement of law and order as prerequisites for a nation’s progress. When we see the broader picture today, maintenance of law and order transcends into the much wider spectrum of peace and security.  And Pakistan has suffered more than most nations in the world, merely due to its commitment to the establishment and sustenance of peace in its region.

Pakistan’s geo-strategic location makes us a key player in peace keeping. Unfortunately, our porous borders have made infiltration easier than it should be, and added to that, our unwavering stand against terrorism has made us a prime target for those who wish to spread terror. However, despite staggering losses, we remain undeterred. Pakistan has paid and continues to pay a massive price for its commitment to peace. Not only have we borne the irreparable loss of thousands of lives, our economy and our development, both have taken huge steps backwards.

And this phenomenon is not limited to Pakistan. Indeed the world today is not a safe place. Incidents of terror continue to occur across the globe.  Just in 2018, the economic cost of violence was over 14 trillion dollars. The world cannot afford to not be at peace.

Yet, at peace, we are not. And we must understand that times have changed. And with changing times, patterns of warfare and conflicts have also changed. In World War I, for instance, there were only 5% civilian deaths, whereas, in contemporary conflicts, there have been 90% civilian deaths – and women and children considered to be most negatively impacted.

Pakistan, which was established with an obviously progressive vision, has essentially disintegrated by the ascent of radicalism, bigotry and violence. The advent and rise of these evils can clearly be attributed to dictators whose purposes were suited by propagating instability. We have had courageous women who stood firm in the face of such tyranny. Their courage and their persistent opposition of militancy demand acknowledgment.

Our fight against extremism has demanded great sacrifice, which we have selflessly given, and continue to give. Our incessant struggle, however, is not acknowledged adequately. The struggle of all women. The struggle for peace.

While terrorism and violence have no gender, their repercussions are predominantly borne by women and children, including but not limited to forced migrations, displacements and consequent vulnerabilities. Tragic levels of death, destruction, displacement, and disorder from ongoing conflicts in our region require a new approach focused on inclusive development to support transitions to sustainable peace. A radical paradigm shift in ways of planning and prioritizing development interventions should evolve; as must the ways that our governments, international organizations, and donors engage in these environments. We need to actively inculcate environments where women are able to utilise their capabilities, their education, and their expertise, to their full potential. This can be done in many ways. It starts with the understanding that a woman’s capacity doesn’t need to be limited to any one thing. Her relationships in life serve to strengthen, nor weaken her.

Women Parliamentarians across borders must play a pro-active role for peace-building and conflict resolutions, as they are the harbingers of change in the social and political life of any nation.  As representatives of our people, we can create opportunities for establishing innovative and interdisciplinary approaches pivoted on multilateral trading systems and economic security. As women, we understand more; we feel more; we impact more; and we influence more. And we must utilize our unique skill set for greatest effect.

In addition to working within our countries, we need to learn more about our international commitments. We must develop sound linkages with key stakeholders for effective execution of our mandate, and develop regional parliamentary forums for knowledge sharing and developing strategic plans for execution. We need to communicate more and create means of communication with each other. We must not forget that sustainable growth and development is not possible without sustainable peace and security.

Being an optimist, I believe firmly that we can and will be instrumental in establishing and sustaining peace in the region, and I look forward to better days for us all.