Bitcoin as a perpetual crisis 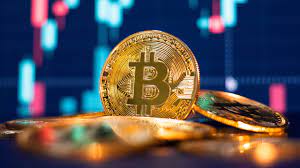 Madrid (Brussels Morning) The collapse of crypto-currencies in June was followed by a boom in late July. Bust and boom has become the usual pattern in Casino-Capitalism. This is not a freak accident; crisis is the state of play.

Bitcoin and crypto-currencies, in general, hold public attention because of their volatility rather than their value. They are exciting, but not dependable. Still, many put their lifes savings into these “assets”, the exchange value of which lies in sheer belief rather than anything tangible, the promise of pay the bearer of the backing of a minister of finance.

The fascination with bitcoin, like anything that lives on the internet, is that it somehow roams digitally free, above and beyond the nation state. With each Bitcoin that is mined into existence, there comes risk and opportunity, wrapped in one.

Bitcoin, the first of its kind, was initially conceptualised as a revolutionary shift away from government and a huge step in the liberalisation of society, a sort of don’t-tread-on-me approach to money. What has developed since then is arguably little of the sort and the division between state and the fully free market remains unclear. This rebel without a cause has outgrown most asset classes that lie beyond state control, to give birth to a libertarian economy beyond regulation that does not balance between utopia and dystopia.

There are arguably two camps in the crypto community, specifically speaking of bitcoin. Those who held onto the belief that crypto was a seismic shift in the monetary realm that would ultimately be used as a safer, more private version of cash; and you have the classic venture capitalist looking at a new asset class, grabbing the money – of the state issue kind – and making a run for it. In both cases, what remains complex is that the comparison of bitcoin to gold – whose value, equally, is not controlled by the state — does not fully encapsulate what crypto is. There is no physical element in which it holds its value, instead it is fully derived from the trust and speculation surrounding it.

Bitcoin was initially proposed in a white paper called Bitcoin: A peer-to-peer Electronic Cash System. Therein, a nine-page outline proposed the roadmap towards an electronic transaction system that would not rely on trust but on a ledger, a concept that became the blueprint for all follow-up cryptos. The named author is Satoshi Nakamoto, but whether he is real or Japanese is not verifiable, an anonymity symbolic of this anarcho-crypto system.

The system proposed by Nakamoto transcended the realms of anarchy on the internet and the depths of dark web and is now as mainstream as Goldman Sachs and its engagement with crypto ETFs. Though it is mainstream, crypto as a whole has provided a new option to money launderers and criminals across the world. Just as the internet has opened the doors to expanded hacking and ransom schemes, crypto has provided a safer way of receiving funds that remain harder to trace.

Former Financial Investigator with New Scotland Yard and Current Advisor and Trainer on Fincrime with Analysis International, Grahame White, argues that crypto provides a sort of perfect storm, as the design of the system perfectly shields financial crimes. This autonomy many hoped to find online is a benefit not just to those wishing for extra privacy, but those who hope to do wrong.

In one specific realm, bitcoin and the concept of crypto currencies has potential to improve lives, and that is in developing markets. There are plenty of nation states with volatile and untrustworthy currencies sent home by citizens who must migrate in order to provide for their families. And their hard-earned remittances must reach home safely. That has a cost.

The current monetary system as a whole relies heavily on third parties, of mediators, and blockchain was meant to get rid of them, not least the hated bank. While your correspondent was attending a city-sponsored language school in Madrid, it was a common occurrence to interact with people from across the world that send money home, from Syria to Paraguay, in cash, to their loved ones, usually through wire services like Western Union or Moneygram, two companies that constitute a global oligopoly.

According to a World Bank Migration and Development Brief,  remittances were down 7% in 2020, although some $508bn was sent home by migrant workers. The options to send money home are limited and with high fees, as migrants are often without bank accounts, precisely because of their precarious “on-the-move” legal status.

While new companies like Transferwise (now Wise) have emerged, someone working under the table struggles to access lower-fee channels. This is specifically where Bitcoin and improved wallet systems come into play. Pietro Moro of Wise & Young – a consultancy advising fintech SMEs and startups – explains that while he wouldn’t call bitcoin a safe haven, someone from Venezuela or El Savador might.

“This is the inherent advantage of digital innovation,” he argues: “it needs less of everything. If one wishes to send a remittance to family in Caracas through conventional channels, the transfers’ feasibility will be conditional on the availability of power, if the government systems fail.”

In order for blockchain to function, the system relies on transactions to be vetted by a peer-to-peer system, which is done through a proof-of-work described in the Bitcoin whitepaper.

In order for the blockchain to record transactions the creator of bitcoin hoped to incentivise members of the network to vet transactions. Mining is problem solving: a system of complex values, called hashes, combine numbers and letters to create a unique code, provide the security, rewarding miners with a transaction fee or a bitcoin.

The work initially was expected to take little computational power, but as bitcoin has exploded, the need for more advanced and quicker computing systems has brought “mining pools” to places where electricity is affordable. Sometimes the cheapness is because of a public subsidy – like Russian gas in Abkhazia – or because there is access to a cost-effective source of energy, like Iceland’s geothermal reserves.

Energy, of course, requires government and regulation and is anything but anarchic. It requires electricity and a public grid. That is why China recently went after Bitcoin, cracking down on mining.

Speaking with Turbo Wu, Vice President of Business Development at Luxor Mining, we get some clarity over the Chinese power over the mining market. Based in Shenzhen, Wu joined the American-based Luxor in June 2021, right around the time of the crackdown. She mentions that the crackdown can be brought down to two concrete things: the energy consumption was astronomical, and in areas like Xinjiang and inner Mongolia that still use coal and thermal power, bitcoin was a source of pollution. The use of public energy subsidies meant to support incomes in remote regions for mining is of no value to the state, as the money made is off the grid.

We ask Turbo Wu how bitcoin is a systemic threat for China and she offers two considerations, social and economic.

First, there is organised crime: “In China, there are more criminal gangs that use bitcoin and digital currency to commit fraud than real digital currency companies, mainly targeting the elderly and people who are far from real-time information. Although Bitcoin itself should not be responsible for the negative effects of fraudulent gangs, “Bitcoin” has become inseparable from “fraud” in social perception.”

Secondly, as Wu points out, a crypto currency is not a fiat currency. As the Chinese Central bank seeks to create its digital Yuan, the elimination of competition is beneficial. The regulation of coins doesn’t stop with China, new rules are cropping up across the world, especially as nation states and economic blocs hope to open the market to central bank-backed national digital currencies.

A look to the digital future, EU won’t be left behind

Stefan Berger, MEP and committee member of the Committee on Economic and Monetary Affairs, has been vocal in his support for the “digital euro” project, noting its significance for economic sovereignty and democracy.

“The introduction of the digital euro should not be a sideline for Europe, but a priority. After all, nothing less than Europe’s digital sovereignty is at stake. A digital euro would prevent Europe from becoming dependent on digital means and systems of payment issued and controlled by states and data-hungry tech giants beyond the euro area.

Of course, fiat currencies are as democratic as the regimes that issue them.

During the ECB consultation with over 8000 responses, privacy in the use of the digital euro was identified as the main concern for the citizens. There can be no digital euro without data protection.”

Of course, the question of how one handles digital wallets is not clear, but it goes without saying that these should contain some sort of digital currency. For example, a European digital currency will not go very far if it is not private and secure for everyone, including for instance foreign workers.

The woes of digital and more so, of Bitcoin

For better or worse, Bitcoin is the epitome of free market capitalism today. The blockchain is an intelligent method of transaction, incentivising private citizens to partake in governance in a manner that might echo Hannah Arendt’s call for active citizenship.

But one cannot romaticise crypto. The crypto boom may in part be driven by migrant workers but mostly by investment consultants. One can hope that digital currencies do in fact improve lives for many, but while states can’t rob people via inflation, they can’t prevent them from crypto-volatility or bail them out either.

For nation states hoping to enter the digital currency market, there is little competition. They are starting out with a unit of account that is a legal tender and has a guaranteed benchmark of value. Crypto is as good as the herd things it is, today, with no guarantees for tomorrow. While Germany suffered one Weimar inflation trauma, crypto promises one Weimar shock a month. Still, governments are facing a transnational reality of digital currencies. Mega-companies, like Facebook, have been thinking of private fiat currencies that could create corporate sovereignty. But that is a different crisis.