Slovenian presidency: a story of courage and success

by Romana Tomc MEP
in Opinion 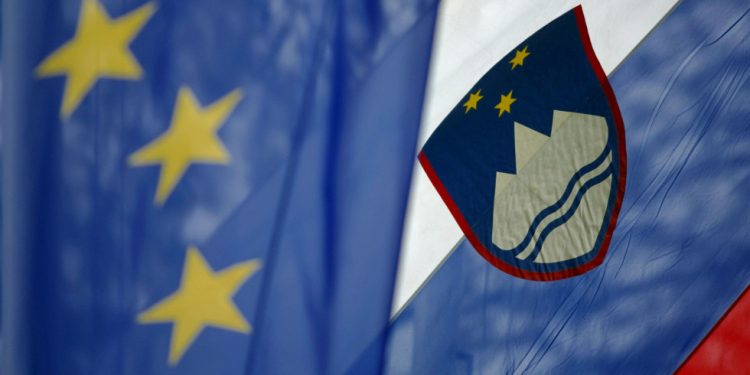 Brussels (Brussels Morning) In the year marking its second EU Presidency, Slovenia celebrates 30 years of independence. As a young democracy, it has experienced all the pros and cons of youth. Being the fourth smallest country in the EU with a population of only two million, Slovenia is smaller than an average-sized European capital. But our natural beauties, world-renowned businesspeople, innovators and scientists, Olympic gold medallists, and our ability to survive even the hardest of times, make us one of the most capable and resilient of nations.

It is clear that these are crucial times for the European union. We do not feel burdened by this fact, but encouraged to be even more ambitious and dedicated. The experience we gained during the first presidency, and the ability and courage of the prime minister Janez Janša, who was also head of the Slovenian government during that time, are additional reasons to be optimistic. The priorities of the Slovenian Presidency address all the key challenges that the European Union is currently facing: economic recovery, security issues, digitalisation, rule of law, green transition and also EU enlargement.

With the COVID crisis, last year was extremely challenging on both the EU and global scale, but the Slovenian government, led by Janez Janša, nonetheless managed to do a remarkable job. While COVID sadly still claimed the lives of too many, the fast and effective measures prevented more adverse consequences. Let us mention that the current government assumed its responsibilities just over a year ago, after the previous government gave up and resigned at the very beginning of the crisis. The new centre-right government, which consists of several parties, including a liberal party from the Renew group, achieved outstanding results. The economic prospects for Slovenia are above the EU average, while the unemployment rates are at their lowest.

While the government was adopting measures that were preserving jobs and alleviating social hardships, preparing the national recovery plan and many other acts intended to improve the quality of life in Slovenia, the opposition tried to undermine the government’s efforts of crisis management. This ranged from urging people not to wear masks, encouraging anti-government protests, filing interpellations against ministers and trying to perform a no confidence vote against the government, to spreading false information about the situation in the country in the European and global media. It seems this will continue through the approaching autumn. With complete disregard for the current situation, the opposition is announcing further attempts at overthrowing the government. It is taking advantage of its historically dominant influence over the media, non-governmental organisations and institutions of the rule of law.

Understanding the situation in Slovenia requires at least a small degree of historical knowledge. Those unaware of Slovenian history will have trouble judging its present or recognising the real issues, much less understanding the reasons behind them. The criticism pointed at the situation in Slovenia by some European institutions and their representatives shows that historical knowledge is very poor, superficial and/or politically motivated. It is irresponsible to rely on various pamphlets produced by the Slovenian opposition.

It seems that the support for the rule of law in the EU was not always as strong as it currently is. Those who are loudest today were quiet and looking away when the Slovenian judicial system put the leader of the biggest opposition party in prison right before the national elections. The leader of the party with the greatest chance of forming a new government after elections was put into jail until the danger has passed. Several legal experts pointed out that this was an undemocratic and politically-motivated process. As expected, due to numerous procedural irregularities and lack of evidence, the proceedings did not result in any conviction and eventually became time-barred. The unjustly accused was thus even deprived of the possibility of appealing to the European Court of Human Rights. The person who went through this political assassination by the Slovenian judicial system is Janez Janša. It was 2014, Slovenia was a full member of the EU, and the European institutions, always speaking about human rights protection and democracy, remained silent.

This is one of the reasons that the rule of law is one of the priority tasks of the Slovenian Presidency. Who would know better the importance of the rule of law than the person who experienced the failure of the rule of law himself? Let it also be said that there are several cases of political persecution in Slovenia, and that it happens all the time. We are eagerly waiting the European Commission Rule of Law Report to also include assessments recognising the existence of such procedures and judgements.

Besides the area of the rule of law, other fields, such as health and education systems, will also require several measures in the future to bridge the developmental setbacks and catch up with competitive and progressive systems.

The decision in favour of becoming an independent country was a clear message that Slovenians want to break with the old communist practices. However, those used to being in power for decades and for whom the multiparty system was an unfamiliar concept, did not share this intent. We could say that they stayed in the background for some time, but showed their true colours after a few years. New parties with new names and faces were in fact backed by the old elites.

In the three decades since Slovenia became independent, it has mostly been led by parties from the political left, who shamelessly declare themselves proud successors of communism. The transition from the ex-communist state of Yugoslavia to a modern, democratic and free Slovenia has not yet been finished. Remnants of the old system can be found everywhere and it is not surprising that they fight change with all available means. They have the power and funds to influence public opinion and characterise any attempt at breaking the monopolies as an attack on democracy. Change is urgently needed for Slovenia to become a true democracy. With its values and principles, the European Union represents the hope that this could happen, but the EU will have to work hard in order to recognise the essence of the Slovenian reality. However, the essence of this aspiration reaches far beyond the mandate of the current government.

There is no need for the European Commission to be concerned about the media, specifically the Slovenian Press Agency. It would be useful for the Commission to familiarise itself with the Agency’s questionable business operations, in order to clarify the concerns regarding its financing. I do not doubt that the Commission is in favour of the transparent and fair use of money. Moreover, the journalists in Slovenia are very free in their work. And not only that, many of them are publicly protesting against the government and attacking it on social media. Understandably, the feedback differs. Some blatantly cross the line of the journalistic code and are very critical to the point of being offensive, which I do not approve of. I believe it is important to maintain a level of decency in all situations, and that the media should always remain professional. The survey of the Faculty of Media shows that a vast majority of the Slovenian media operations are anti-government, which is reflected in their reporting. The Commission is also concerned about the media hiding of its often monopolised ownership. The government wished to remedy this with a law on greater transparency. Unfortunately, its initiative was not successful, as the same media that monopolises and hides its ownership, accused the government of unacceptable media interference.

Slovenia is certain to face many more challenges in the future. It is a fact that these are solved faster and more successfully when the country is led by a centre-right government. This is when Slovenia makes faster progress and catches up with developed European countries, both in terms of economic progress and the level of democracy. But it is not easy to fight the old elites, which are being reproduced in the younger generation and try to control our social and economic life in a monopolistic manner at all costs.

Thirty years ago, Slovenians decided that was not the life we wanted anymore, and that we instead wanted progress, development, freedom, rule of law and a true, not false, democracy. This is why I believe that persistence and courage to continue on the path we saw as the only right and possible one at the time of our independence 30 years ago, will come to fruition sooner or later.

I also trust that Slovenia will do an excellent job with the Presidency and contribute its part to the recovery and development of the European union and preservation of the European values. But what about the European Union?