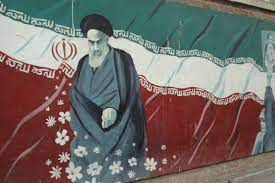 Brussels (Brussels Morning) Swedish prosecutors announced on Tuesday that they had pressed charges against an Iranian national suspected of murdering more than 100 political prisoners in the aftermath of the Iran-Iraq war in 1988.

The 60-year old suspect was first arrested by Swedish authorities in late 2019, when he arrived in the Arlanda Airport near Stockholm. He is believed to have been personally responsible for the murders of dissidents held in Iran’s prisons between July and August 1988.

Many of the victims were members and supporters of the People’s Mujahedeen (MEK), an Iranian militant political organisation that sought to overthrow the leadership of the Islamic Republic. While the group originally contributed to the removal of the Western-backed Shah Mohammad Reza Pahlavi during the 1979 Iranian Revolution, the fact that it aimed to set up a democracy led to a fall-out with the conservative Islamic movement represented by Ayatollah Khomeini.

During the Iran-Iraq war, MEK sided with Iraq in its attempt to bring down the theocratic regime, acting directly against the Islamic Republic. According to the Swedish prosecutors, near the very end of the conflict, after Iran accepted a ceasefire offer but before it came into effect, Khomeini ordered his regime to execute all prisoners “who sympathised with and were loyal” to the MEK.

In the formal announcement issued by the Swedish prosecutors, they argue that a large number of prisoners were executed between 30 July and 16 August 1988, in the Gohardasht prison in the city of Karaj. Just four days later, Iran and Iraq were at peace. For decades, rIghts groups have been demanding that those responsible for the murders, some believed to still hold official positions in the Iranian government, be brought to justice..

According to Swedish Public Prosecutor Kristina Lindhoff Carleson, the prosecutors’ investigation concluded that the perpetrators can still be subject to legal proceedings in Sweden, despite the fact that the crimes were committed more than three decades ago and occurred outside of Swedish territory.