The EU will not ‘share identity’ with US on China 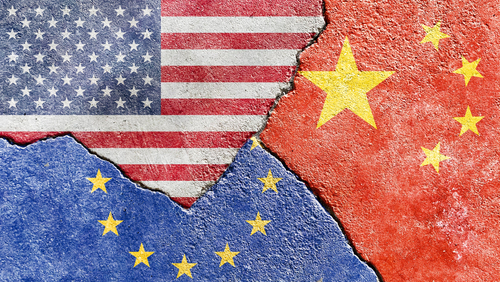 Brussels (Brussels Morning) Following US President Joe Biden’s appearance at the EU leaders’ summit on Thursday, German Chancellor Angela Merkel stated that while the EU and US have much in common, they differ on China policy, Deutsche Welle reported.

Biden’s video call marked the first appearance by a sitting US president at the European Council summit since 2009. The new president has been investing much effort into repairing ties with Washington’s closest allies that had been damaged by his predecessor. In doing so, he also has been seeking a wider western alliance to confront China’s rise to power.

However, Thursday’s meeting made clear that the US and EU will not find a common approach on China issues as quickly as Biden might have hoped for. “We see that these values of democracy and the rule of law are under pressure”, Merkel said afterwards, while citing China as an example to indicate that the two sides do not agree on everything.

“The EU would share no identity with Washington on China,” Merkel declared. “That is absolutely clear”. The German Chancellor emphasised how important it is for the EU itself to have its own position regarding China, noting that she was fighting for this within the bloc.

European Council President Charles Michel was much more positive after the meeting, focussing on the fact that the EU and the US can renew their commitment to their transatlantic alliance. “By standing together, shoulder-to-shoulder, the EU and US can show that democracies are best suited to protect citizens, promote dignity, and generate prosperity”, he said. .

“What we’re seeing is these values of democracy and the rule of law are under pressure again”, Michel warned after the summit. “There are threats, internal and external threats … and more than ever now the United States and the European Union have a responsibility for the generations to come”. he concluded.