General practitioners: what are the needs in the field? 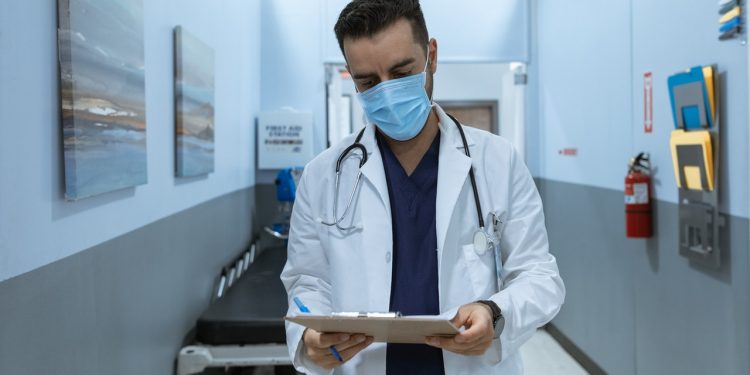 BRUSSELS (Brussels Morning) – The most recent mapping of the distribution of general practitioners in Brussels dates back to 2018. It results from a study carried out by the Health and Social Observatory. This cadastre is currently being updated. Its update, expected for the end of the year, is necessary if we want to accurately analyse the capital’s staffing needs.

On February 16, in the “Journal du Médecin”, Anne Gillet honorary president of the GBO (Belgian group of general practitioners, the largest union of general practitioners) warned the authorities about the shortage that is looming in Brussels. Already in 2018, the figures published by the Health and Social Observatory were not reassuring.

Four years later, they are still used as a reference, for lack of updating. And the situation could be even worse today. Sarah Missinne, co-author of the report, cites a survey carried out on the working conditions of general practitioners during the health crisis. The conclusions are clear: the workload has exploded, generating stress and burnout, practitioners who leave the profession. “I don’t think it’s going to go in the right direction.”

In 2018, the Observatory worked on the basis of the figure of 1,468 general practitioners registered in Brussels by the Federation of Associations of General Practitioners of Brussels (FAMGB), i.e. one doctor per 817 inhabitants, and 1.23 per 1000.

No shortage: according to the standard established by the Federal Government, there is a shortage when the number of doctors drops below 90 per 100,000 inhabitants (0.9 per 1000).

But a more detailed analysis made it possible to show that certain neighbourhoods were at risk or in a situation of shortage. They were spread over the entire regional territory. The lack of practitioners was particularly critical in certain areas of Anderlecht, Forest and Laeken, with pockets without any doctors. It is the same in more central areas: City of Brussels, Saint-Josse, Jette, Auderghem, Uccle, Woluwe-Saint-Pierre. “In each municipality, there are areas of shortage”, comments Sarah Missinne. Some were more affected than others.

33 neighbourhoods were considered to be at risk of a shortage

In addition, in the data from the Observatory, it also appeared that 45% of GPs in Brussels were over 55 years old. The districts most affected by older doctors are the North (Laeken), Anderlecht and Uccle. “It’s probably worse today,” observes Sarah Missinne. How many doctors have since left the profession?

“ The maps only show the supply of general practitioners. But these do not take into account the health care needs of the population. In Brussels, 20 to 25% of the population does not have a doctor for financial reasons. This non-use of care is on average much higher in Brussels than across the country,” adds Sarah Missinne.

Finally, the Observatory had worked on the care needs by district and developed several scenarios to do so. “The number of districts where a possible shortage of general practitioners is identified varies between 41 and 67 depending on the ‘scenario’ when the need for care is taken into account “, notes the report of the Observatory in its conclusions.