by Dr. Mahbub Ullah
in Opinion 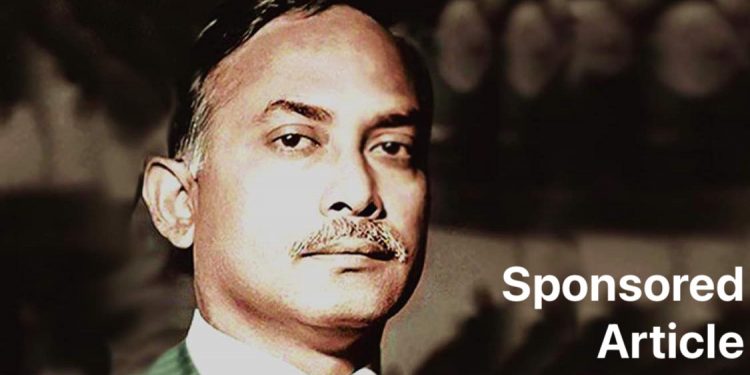 Belgium (Brussels Morning Newspaper) Almost 41 years have elapsed since President Ziaur Rahman was martyred at the hands of a small group of putschist Army officers. Every year, the anniversary of his martyrdom brings the people of Bangladesh an ever new and meaningful message. On the day of his martyrdom, our nation seeks to find a solution to the problems that besiege it by examining the lessons from his life and works. I believe Ziaur Rahman’s greatest success stems from his drive to build a sense of “Bangladeshi nationalism” within the short tenure of his time in power, which lasted less than six years. Although the art was long and the time was short, Zia succeeded in kindling a spirit that remains ablaze almost 41 years since his death.

We have before us the examples of a galaxy of outstanding national leaders in Asia and Africa — Sukarno, Nasser, Ben Bella and Nkrumah, all great names in the history of their nations’ anti-colonialist struggle, enjoying a reasonably long stay in power and all internationally acclaimed. Yet Zia, despite lacking the lustre of these afore-mentioned leaders, remains distinctive in having been able to leave behind an organisation and an ideology that still constitute the motivating forces of Bangladesh’s history. The Bangladesh Nationalist Party that he founded and the “Bangladeshi nationalism” he articulated continue to inspire the people of Bangladesh. How we may ask, was this miracle achieved?

One can divide the general history of decolonisation into four major phases: when the nationalist movements were formed and crystallised; when they triumphed; when they organised themselves as states; and, once so organised, when they were compelled to define and stabilise their relationships both to other states and to the societies from which they arose. The most significant of these, the phases that caught and held the global spotlight, were the second and third.

Arguably, however, the more far-reaching changes that altered the general shape and direction of social evolution occurred and continued to occur in the less spectacular first and fourth phases. This breakdown of the general history of decolonisation is attributable to Clifford James Geertz, the American anthropologist and literary critic renowned for his strong support for and influence on the practice of study in cultural symbols. Zia’s involvement in the general history of Bangladesh’s decolonisation occurred in the third and fourth phases.

Nation building is not an easy one task. The customary belief is that first we must seek the political kingdom – “the nationalist could make the state” and “the state could make the nation”. For Bangladesh, with an overwhelming number of its people speaking the same language and avowedly claiming to have a cultural tradition of a thousand years and more, the task of creating the state turned out to be exacting enough to sustain the illusion. 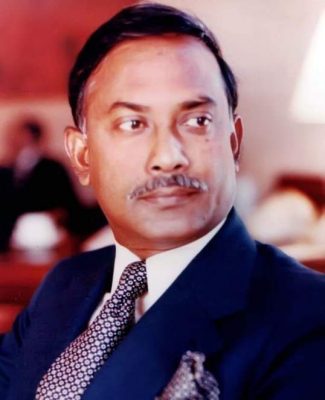 While the defeat of the Pakistan army enabled Bangladesh to acquire a national anthem, a national flag and a government too, the outcome still fell somewhat short of achieving a sovereign state. We had to barter away our sovereignty to India, our giant neighbour, as the price for its support in our struggle against Pakistan. We were even obliged to limit the size of our national armed forces since doing otherwise might have been construed as indicating a malign intent on our part against the very country that had done so much to help us relieve the pains of our liberation struggle. The Indian ruling coterie, having kept its claws concealed under its sleeves, revealed itself aggressively by withdrawing water from the shared River Ganges, by foisting an unequal treaty in the name of rationalising the enclaves and even by going to the extreme of suggesting that the higher ranks of the Bangladesh bureaucracy should be supplanted by Indian personnel.

These are just a few examples among many of how India sought to perpetuate her grip over Bangladesh. It can be noted that countries that relied on foreign armies for their liberation often ended in achieving limited sovereignty. Eastern European nations provide a glaring example of this.

Zia lit the beacon of genuine state sovereignty with a symbolic move in October 1975 when he handed over a pistol that had been captured from an Indian commander in the Khemkaran sector during the 1965 Indo-Pakistan war to a Bengal regiment unit. This proved to be a salient message to our soldiers and to the people of Bangladesh, who were left in no doubt about their Chief of Staff. Thus on November 7, 1975, when the critical moment was reached, the people and the soldiers rose as one to release Zia from captivity by the conspirators to place him at the helm of the state’s affairs, a move that made them feel safe and assured. As head of the state and the government, Zia defined our relationships with other states. He built up friendly cooperation with the People’s Republic of China, forged close ties with the Organization of Islamic Cooperation and dispelled the West’s mistrust about Bangladesh’s position as a nonaligned nation. In short, he established our image as a sovereign nation. Bangladesh became a member of the Al-Quds Committee and a negotiator between warring Iraq and Iran. Bangladesh was elected a member of the UN Security Council. Even neighbouring India had to relax its hostility towards Bangladesh and agree to share the Ganges waters thanks to a five-year treaty after Zia successfully mobilised the masses in favour of Bangladesh’s just position.

Given the experience of 51 years of independence, it is not difficult to see that to create Bangladesh is not to the same as making Bangladeshis. Once the political revolution is accomplished, and a state, though perhaps not consolidated, has at least been established, the question arises: “who are we, to have done all this?” The question re-emerges from the easy populism of the last years of decolonisation and the first years of independence. Come to the end of the era of colonization, the nationalist ideology changed radically. It no longer consisted of stimulating popular alienation from a foreign-dominated political order. Nor was it fixated on orchestrating a mass celebration of that order’s demise. Instead, it sought to redefine or define the collective identity from which the actions of the state sprang, creating an “experimental we” that willed responsibility for the spontaneous flow of activities from the government. This was Zia’s concept of “Bangladeshi nationalism”, of how he established the content, relative weight, and proper relationship of two towering abstractions: “The indigenous way of life” and the spirit of the age.

Bangladeshis want to preserve their indigenous way of life and to move with the spirit of the age. Zia epitomised both of these aspirations and therein lies his greatness. Many examples can be cited from his state policies and programmes that reflect an appropriate blending between indigenous way of life and the spirit of the age. It denotes initiating a process of transforming the national social structure through an inter-play of essentialism and “epochalism”. Zia recognised the art of establishing the relationship between what Edward Shills, the Distinguished Service Professor in the Committee on Social Thought and in Sociology at the University of Chicago, has called the will to be modern and what Giuseppe Mazzini, revolutionary and a founder of the Italian nationalist movement in the 19th century, called the “need to exist and to have a name”. What can be a greater quality for a statesman and a national leader?