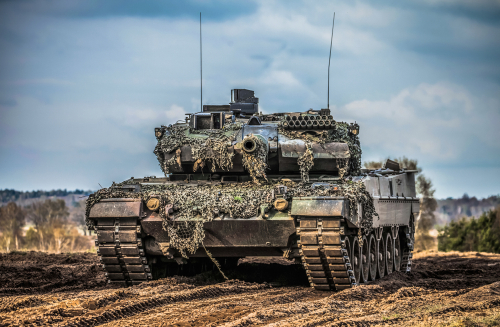 Belgium, (Brussels Morning Newspaper) EU Parliament and Council added to the pressure on Germany to provide tanks to Ukraine, with Berlin remaining noncommittal.

EU Council head Charles Michel called on Western countries on Wednesday to provide Ukraine with tanks and set aside concerns that the move would be seen as escalators, according to The Guardian reporting.

“The time is now, they urgently need more equipment and I am personally in favour of supplying tanks to Ukraine,” Michel stressed and accused Russia of pursuing “a strategy of destruction, a strategy of terror, trying to bomb the Ukrainian people into submission.”

The EP also called on Germany to deliver Leopard tanks to Ukraine as soon as possible.

Defence ministers of Baltic states, Poland and the UK are to meet later today in Estonia in preparation for the Ukraine Defence Contact Group meeting in Ramstein to put additional pressure on Berlin.

Western defence ministers are to meet in Ramstein to discuss additional arms deliveries to Ukraine and coordinate their efforts.

Speaking at the World Economic Forum meeting in Davos on Wednesday, German Chancellor Olaf Scholz did not commit to providing Leopard tanks to Ukraine, but left the possibility open to a positive decision at the Ramstein meeting.

He pointed out that Germany is “strategically interlocked” with its allies and stressed that Berlin does not want to make any decisions about weapons without consulting its partners.

“We are never doing something just by ourselves, but together with others, especially the US, which are very important in this common task to defend Ukrainian independence and sovereignty,” he noted.

Speaking via video link, President of Ukraine Volodymyr Zelenskyy called for less thinking and more action, stressing “the time the free world uses to think is used by the terrorist state to kill.”

Earlier this month, Germany and the US jointly announced plans to send armoured fighting vehicles o Ukraine, while Finland and Poland announced they want to send Leopards to Ukraine.

Kiev has called on Western countries to provide it with 300 tanks to help Ukraine defend against Russia, with experts predicting Ukraine will need at least 100 tanks to launch an offensive in the spring.