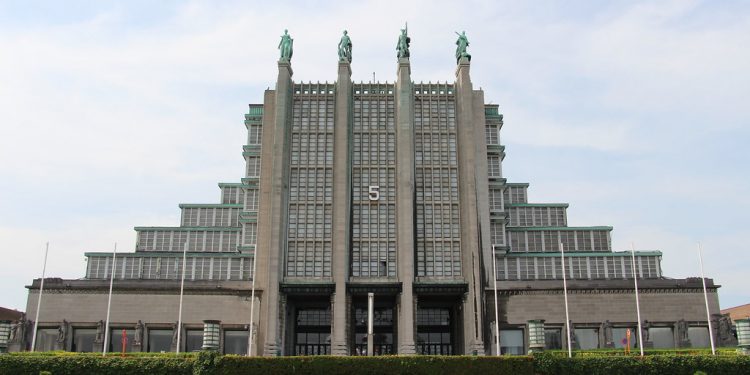 BRUSSELS (Brussels Morning) – There will be a registration centre for Ukrainian refugees in Hall 8 of Brussels Expo. The spokesperson for Mayor Philippe Close (PS) confirms this to the editors of Bruzz. “The new registration centre must be ready by Monday at the latest,” explains State Secretary for Asylum and Migration Sammy Mahdi (CD&V). It should be possible to register about 5,000 people per day.

After just a few days, the existing registration centre in the former Jules-Bordet hospital on Hallepoort turned out to be too small for the large influx of Ukrainian refugees. People have to queue for hours, sometimes without success.

That is why State Secretary for Asylum and Migration Sammy Mahdi (CD&V) went looking for a new place where the refugee Ukrainians can go for their first registration. After a few intermediate steps, this leads to a protected status and an associated A card, a residence card of limited duration. If necessary, a place to sleep is also sought together.

Mahdi was thinking of a place on the Heysel. That is why he held negotiations this Wednesday with Brussels mayor Philippe Close (PS), who indicated that he was in contact with the managers of the Heysel plain. With results. “The new registration centre should be in place by Monday at the latest,” said Sammy Mahdi. “It concerns about 5,000 people who must be able to register per day.”

The 7,800 square metres of covered space will only be used to register the Ukrainians. “So they won’t be able to sleep there,” said Carole Poncin, spokesman for the Close cabinet.

Jules Bordet remains open as a registration centre while Palace 8 is being prepared. A little further on, in Palace 11, things are collected that go to Ukraine.

Situation hasn’t exactly been ideal for the Ukrainian refugees at the former Jules Bordet hospital which has been converted into a registration centre for Ukrainian refugees. Thousands of them waited in long queues on Wednesday. Frustration grew because the refugees received little information.

Around 4 o’clock on Wednesday morning, about 130 people were again waiting. According to the police, there were already about 1,000 by the afternoon. For many refugees it was the third day that they joined. This included families with children.

“This is already the third day that I am standing here,” said a Ukrainian man. “I left Kiev on the 25th and was stuck at the border at Poland for almost a week. I came here because Belgian websites said that there are good facilities here, but that is propaganda. The system is not working, the government does not work. If the centre was not ready, why did they open it? I am here with my wife and children. There are Ukrainians over 80 years old who have been queuing next to me for the same amount of time.”