Brussels launches ‘Renolution’ to tackle the climate challenge in housing 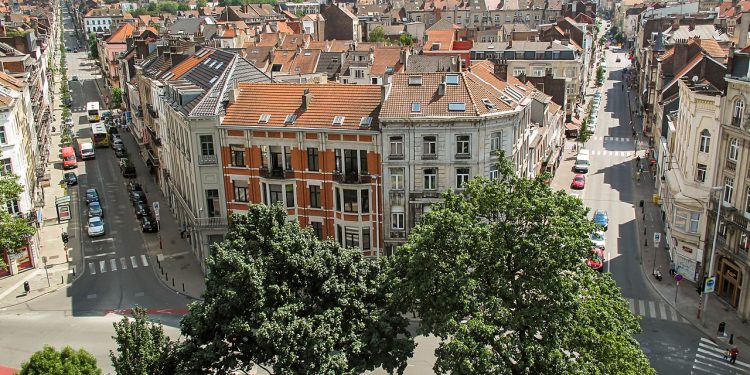 BRUSSELS (Brussels Morning) – The Brussels Region launched a major campaign on Tuesday to make people aware of the need to renovate housing using the new simplified regional aid available. Each candidate renovator to have only one contact at the Region for their grant application and, soon, a single access portal allowing them to identify directly and clearly the grants to which they will be entitled.

Merger of bonuses, requests after works and financing: here are the changes to the Renolution bonus

The overhaul of regional bonuses intends to raise the number of housing units renovated each year by 2030 by three times.  Since January, there is only one in Brussels.

The background of this campaign is the building renovation strategy. This strategy mobilises all public and private instruments to achieve carbon neutrality by 2050, a goal which is still a long way off in the capital.

This renovation strategy, called ‘Renolution’, mobilises public, private and association actors to stimulate the demand for renovation of Brussels buildings. Between now and 2024, the public sector will invest more than €350 million through support measures for all residents.

The regional authorities want to triple the current renovation rate in order to achieve an average energy performance level of 100 kWh/m²/year for the entire Brussels housing stock by 2050 and energy neutrality for the tertiary buildings, that is an average consumption divided by 3 or 4 compared to the current situation.

Renolution bundles up and reforms the premiums for renovation, facades and energy. From now on, every candidate renovator will have only one contact person at the Region for his subsidy application and, soon, one access portal where he can directly and clearly check which subsidies he will be entitled to.

To raise awareness and inform the various target groups correctly, Prime Minister Rudi Veroort (PS) inaugurated the Ministers for Ecological Transition Alain Maron (Ecolo) and Employment Bernard Clerfayt (Défi) and State Secretary for Urban Planning Pascal Smet (one.brussels) on Tuesday afternoon. Rue Neuve in the heart of the capital, one of the frescoes that will serve as a visual support for the communication campaign.