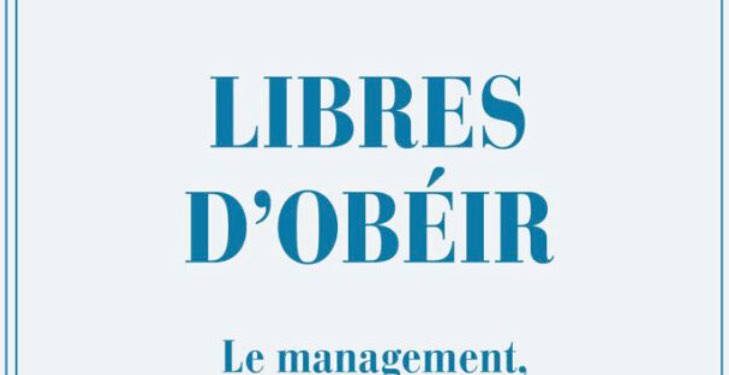 Bureacratic practices could have their orgins in Naziism, according to a new book on the subject.

Brussels (Brussels Morning) Is there a link between Nazism and New Public Management adopted in government administrations since the 1980s and perfected up to the new management methods of today?

Apparently, the distance of what there is and would have been is not so distant.

An essay by Johann Chapoutot, Professor of Contemporary History at the Université Paris-Sorbonne and an authority on Nazism, demonstrates how profoundly similar the world could be.

In “Nazism and management, free to obey” (published originally in French by Gallimard Libres d’obéir. Le management, du nazisme à aujourd’hui and in Italian by Einaudi), the author revolutionises historiography and our understanding of the economics discipline during and after Nazism through the story of Reinhard Höhn (1904-2000).

Höhn was a senior officer and then general of the SS, but above all a fine scholar with a PhD in law, he is considered the prototype of the intellectual technocrat in the service of Third Reich. After the war, he founded a renowned management school (the Bad Harzburg Management Institute, with an ultra-modern distance learning technique) and perfected a methodology that today we would call “project management”, shaping a substantial part of German companies’ administration.

His methodological roots, however, lie in the 1930s, when his ideas, steeped in Fordism and Taylorism, provided the conceptual basis for the reorganisation of the German Third Reich system.

Riding on the dissatisfaction of the “super-graduates” of pre-Hitler Germany (holders of a university degree or doctorate) with no prospect of real employment in the labour market, the National Socialist Party offered these personalities careers: first as senior officials in the leadership cadres of the party, later as officers in government and military departments, as well as in the press and propaganda organs.

Among them, Höhn developed a method that disrupts recruitment and team management: when most of the workforce is employed to run the war machine, how is it possible to produce more and with fewer people? Chapoutot answers this question with brilliant precision, demonstrating how Höhn’s system focuses on improving the quality of life of the worker (which rhymes with the racial eugenic Darwinism dear to the Nazis).

His writings are about decentralising bureaucracy, in the belief that the state is etymologically inert (static, to be precise), while the party is dynamic. They are also about the illusory emotional and psychological satisfaction of the employee, who adheres with more stimulus to a rewarding and protective management (in this case, to the dictates of the Reich).

Amidst economic, ergonomic and aesthetic considerations, the life of the German employee is marked by rituals that are highly topical: the search for well-being at all costs, through the massive use of “performance expedients” (medicines, homeopathy, drugs) to improve the efficiency capacity; or, again, the idea that the manager can establish a relationship of trust with his or her collaborators such as to “delegate the responsibility” of choosing how to carry out successful projects. This latter element can turn into hyper-control, leading to the contradictory and disturbing “freedom to obey”.

If we are familiar with the esoteric and occult Nazism of the works Blitzed (by Norman Ohler, 2015) and the historic and memorable Le matin des magiciens (by philosophers Jacques Bergier and Louis Pauwels, 1960) Chapoutot’s recent essay, without apologetic inductions of dictatorship, leads the reader, through eight extraordinarily fluent chapters, into the oxymoronically imprecise science of business management and the personal and professional fulfilment of the “human resource’.

An Italian version of this article is published here.