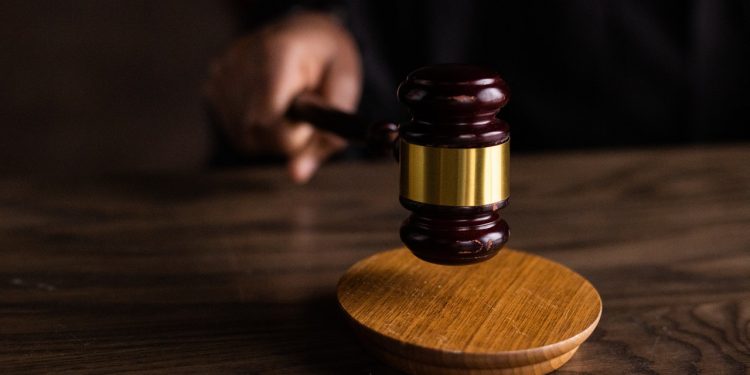 BRUSSELS (Brussels Morning) – The jury of the Brussels court of assizes found Natalia Kaznatcheeva guilty of murdering her husband Roland Oswald on Friday evening. The victim was killed with seven stab wounds in their apartment in Schaerbeek in November of the year 2019.

Natalia Kaznatcheeva, 58 years old woman, was arrested on November 16, in the year 2019, right after the complaint, and spent about a year in pre-trial detention in the Berkendael women’s prison. She was then allowed to leave the prison cell under electronic surveillance with the trial pending.

The jury in Natalia Kaznatcheeva’s trial in Brussels for the murder of Roland Oswald, her French partner, in Schaerbeek, listened to the first experts dispatched to the crime scene on Friday last week, according to Belga news agency.

On November 15, 2019, at around 9 p.m, the body of Oswald, who was in his 70s, was discovered in the corridor of Kaznatcheeva’s apartment. The victim’s nose had been chopped off, and he had six other wounds on his semi-nude torso from a sharp object. On the evening of the murder, photos taken at the crime scene were reviewed.

The various parties sought to ascertain whether the accused’s door was open or closed when the wounds were inflicted on last week Friday, the of the second day of the trial, based on the study of bloodstains.

The defence claimed that the apartment had minimal bloodstains and that there was a risk of contamination. The prosecution, for its side, pointed out that a bloodstain had been removed from a wall and that remnants of blood were found on a nearby sponge.

Prosecutors also pointed out that the victim’s computer was in the flat, as well as his blood stained underwear. On two blades, chemical reactions indicating the presence of blood were discovered.

The garments found in the accused’s washing machine at the end of the premises inspection also raised several doubts.

According to Belga, DNA expert assessments to be explained earlier this Monday could provide answers to some of the problems.

As a result, the accused was found guilty and deserving of punishment.