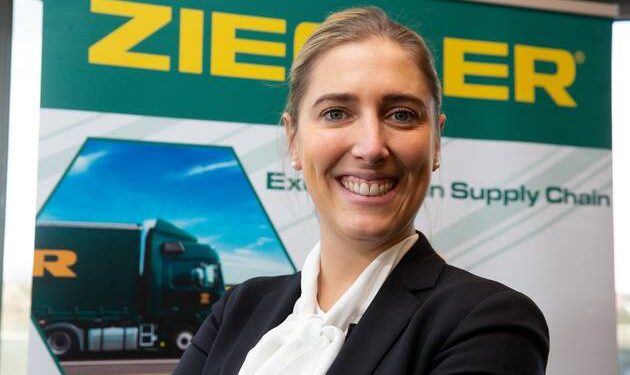 Ziegler group CEO Diane Govaerts poses for the photographer during poses for photographer in marge of a visit to Ziegler new world headquarters in Brussels, Tuesday 18 February 2020. PUBLICATIONxINxGERxSUIxAUTxONLY NICOLASxMAETERLINCK 2476260

BRUSSELS (Brussels Morning) – CEO Diane Govaerts previously announced that she and distribution company Ziegler are using XXL cargo bikes to cover the last kilometre in the city. Now she announces that she is also working with a company that markets self-driving vans.

Diane Govaerts (34), CEO of Ziegler since 2018, jumped on the e-commerce train during the pandemic and started to focus on city distribution. To bridge the last mile, she is not only thinking of cargo bikes, but also electric cars. Even self-driving electric cars. She has ordered ten of these from the American company Udelv, which is pioneering electric autonomous vans, De Tijd writes.

The vans drive without a driver, are fully electric and are monitored remotely. The loading space of a Udelv is divided into compartments. Each customer can use a QR code to open a hatch and remove his parcel from the delivery van.

At the end of this year, Ziegler – in collaboration with a team from Udelv – will start testing on a closed site at Welkenraedt. This is followed by a test phase on the public road, in which a shadow car follows at a distance and can intervene. At the moment, Govaerts is discussing the legal framework with various parties in Brussels, so that they can also start working there in the long term.

That legislation will take a while, suspects Brussels MP Arnaud Verstraete (Green), who specialises in progressive mobility. “I am not aware of any legislative initiative. Moreover, it will certainly have to be partially laid down at the federal level, because it concerns the highway code.”

Verstraete believes that a thorough debate will precede any new legislation. It is a complex subject, both technically and emotionally, in which many parties are involved. From the automotive industry to road users and associations to mayors. “Innovation often meets with resistance. Although the safety statistics are better for self-driving cars than for cars with a driver, people sometimes object to it.”

Less controversial are Ziegler’s cargo bikes, which are also part of the company’s greening plans. In June, Ziegler already put his first ‘XXL Cargo Bike’ into use to cover the last kilometres. The six-metre electric cargo bike, specially designed for Ziegler, is more cost-effective than a delivery van because it is more manoeuvrable and has no parking problems. A BRUZZ reporter already drove along.