No fines for diesel cars until the summer Euro 4: ‘May go faster for us’ 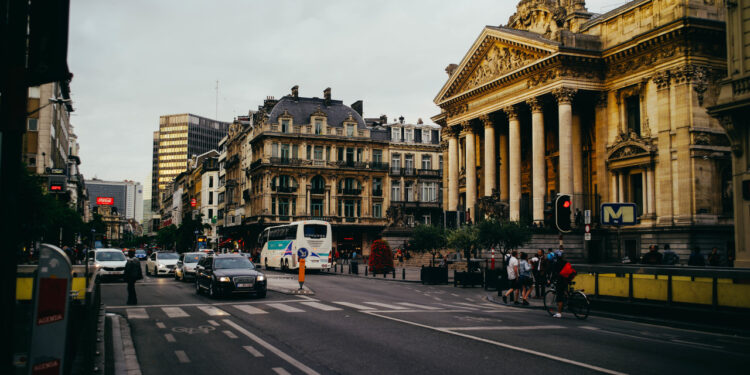 BRUSSELS (Brussels Morning) – Until the summer at least, drivers with a diesel from before 2011 will not receive a fine if they enter Brussels. The tolerance period in the low-emission zone (LEZ) for Diesel Euro 4 will be extended by two months. Long delivery times for new cars are the basis of that decision. The Brussels government points to the war in Ukraine, the world’s most important supplier of raw materials for making microchips, as the cause.

The cabinet of Sven Gatz (Open VLD) informs BRUZZ that the Brussels government has approved the proposal of Brupartners (the economic and social council for the Brussels Region) to give car owners more time to buy a new car.

Due to the corona crisis and the war in Ukraine, car dealers are taking longer to receive deliveries, according to the cabinet of Environment Minister Alain Maron (Ecolo). The shortage of microchips is disrupting the production chain of many manufacturers.

An excessive number of drivers who wanted to order a new vehicle have failed to do so, Maron’s cabinet said. To take this into account, the Brussels government has therefore decided to extend the tolerance period by two months until 30 June.

However, L’Echo newspaper, which reported the news on Thursday, pointed to administrative problems surrounding the warnings and fines as the cause.

For Raf Pauly, coordinator of the urban movement BRAL, the postponement does not come as a surprise. However, he regrets that the import of the entire LEZ is being delayed. The news was announced so long ago, he says car owners could already have adapted.

The recent results of Curieuze Nair show the importance of banning Diesel Euro 4 cars again, says Pauly. “The need is so great in some neighborhoods, you can’t wait anymore.”

He refers to the study of the European Public Health Alliance (EPHA) which shows that every Brussels resident loses on average more than a thousand euros per year as a result of health care costs due to air pollution. “We want it to go faster instead of slower,” Pauly says.

Maron recognises that the phasing out of Euro 4 is important for the quality of life in the city. “They are the last vehicles that do not have a particulate filter. Although they only make up a fraction of the vehicle fleet, diesel cars with Euro 4 are responsible for almost half of the total exhaust emissions of particulate matter and for 26 percent of the total nitrogen oxide emissions in the Brussels Region.”

Trade magazines write that the delivery times of new cars can be delayed by one to several years because of the war. It is difficult to say whether the Brussels government will continue to take this into account. “That will be discussed within the government when the problem arises,” said Gatz’s cabinet.

The LEZ has been in force in the Brussels Region since 1 January 2018. Gradually, various polluting cars are banned from the city. Since January 1, 2022, diesel cars, buses and vans with Euro standard 4 and below are banned in Brussels. Normally, the tolerance period – in which offenders only receive a warning – ran until the end of March. From April 1, 2022, violations would be fined. But the tolerance period has been extended until the end of June, six months after the start of the ban on this type of diesel cars.