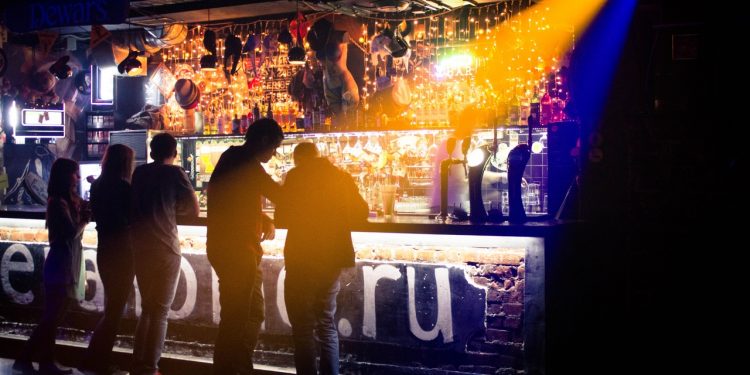 BRUSSELS (Brussels Morning) – Going out has been possible again since Friday, but it must also be safe for women and gender minorities. The City of Brussels wants to ensure this with an ambitious action plan. Every club will have to set up a “safe zone” and security personnel will have to undergo training. “There is no zero risk, but this is a huge step forward.”

In October last year, two Ixelles bars were targeted after testimonies circulated of young women being raped after being drugged. It quickly became apparent that it is a phenomenon that is not limited to those cafes. On Instagram, the Balance Ton Bar page (Click your bar) collected more than seventy other testimonials of similar facts, just about all over Brussels.

Four months later, the City of Brussels launches an action plan to ensure that not only women, but also gender minorities feel safer when going out.

“The campaign is based on two principles: men have to change and we believe the victims,” said Mayor Philippe Close (PS) from the Fuse nightclub, with some campaign posters in the background. “If it ain’t yes, it’s no!” “Am I saying no? Stop it.” “Keep your hands to yourself.” “These posters should be displayed in all the nightclubs in Brussels,” Close continues.

The campaign goes beyond sticking posters. The City of Brussels has listed 76 other measures, which largely consist of prevention and awareness-raising, not only in nightlife, but also, for example, in education. “We don’t just want to protect girls, but also educate boys. That starts at school,” says Equal Opportunities Alderman Lydia Mutyebele Ngoi (PS). “It’s a nightlife plan, but the plan will be active 24/7.”

The City of Brussels already has a charter of nightlife in which a number of rules are listed. Some elements are now being added, with an emphasis on the prevention of “risk behaviours linked to excessive alcohol and drug use.” Anyone who wants to run a club or party location or organise an event in a public space will also have to follow a protocol.

For example, nightclub security personnel will have to be trained to deal with sexual harassment and other indecent behaviour. Clubs must appoint a confidant that any victims can immediately turn to and every club or event location should also have a “safer zone”, a place where potential victims can relax or where people in an “uncontrollable state of intoxication” are guided until they can go home safely.

“Anyone who does not follow these measures will not receive a permit or permission,” said alderman for Culture and Major Events Delphine Houba (PS). “Anyone who doesn’t want to cooperate will get in trouble with the municipality,” says Close. “There is also a repressive hatch.” Establishments that do not want to follow can not only lose their licence, but also risk a fine.

It is not yet clear how much budget will be associated with the action plan. Some efforts will have to be made by the nightclubs themselves, but for the training of the security personnel, the offer will come from the City. A public tender has yet to be launched for this. “It will be a lot of money,” the mayor assures.

The action plan was drawn up in consultation with the nightlife sector, after consultation with all kinds of (feminist) associations active in the field. Maïté Meeus, the founder of Balance Ton Bar, was also heard. “There is no zero risk, but this is a huge step forward,” she responds. According to her, the most important elements were included in the action plan. “They are all measures that can help, but everything depends on the implementation.”