Roma have to leave tent camp along E40 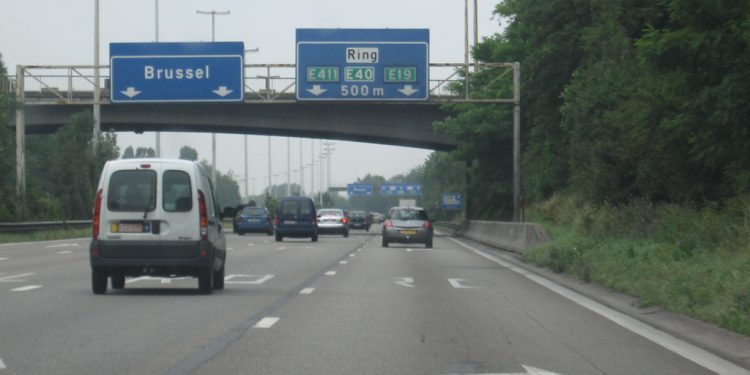 BRUSSELS (Brussels Morning) – For months, some Roma families have been staying in a tent camp along the E40 in Schaerbeek. The living conditions are appalling, but local residents also complain about nuisance. The Buildings Agency, the owner of the site, has obtained an eviction order through the courts.

The Roma occupied the site between the E40 and the Colonel Bourgstraat, near the buildings of the VRT and RTBF, last summer. They placed huts and tents there and in the meantime there would be about eighty people. “We have asked the Buildings Agency, which owns the site, for an eviction,” said Marc Weber, head of cabinet of Schaerbeek’s mayor Cécile Jodogne (Défi). “The local residents are aware of the difficult situation these people find themselves in, but the nuisance is enormous.”

“It’s terribly filthy. The whole site is a public toilet,” says Weber. “At some point, something has to be done.” Local residents launched a petition to demand a solution. But first of all they ask that the Roma leave. “They cut wood to warm themselves,” says local resident Guy Castadot, who also coordinates the Media Park neighborhood committee. “That means that people at home can no longer open the windows, or they can no longer breathe,” adds Weber. Castadot: “There is garbage everywhere and they also make a lot of noise.”

According to the mayor’s chief of staff, the municipality of Schaerbeek cannot do much itself, because the municipality does not own the land. “We have sent several social services to find a solution. Some people will be able to turn to youth services, but for most there will be no solution. They have been offered some places through Samusocial, but sometimes families have to be split in two and they don’t want that, which I can understand.”

The municipality supports the request of the local residents to evict the Roma. “The Buildings Agency had to go to the public prosecutor’s office for this and has done so. The decision has been made and the next step is for the owner to send a bailiff to notify the people of the eviction. A day or two later, the eviction may take place with the help of the local police.”

The spokesperson for the Buildings Agency confirms that it has an eviction order, but does not provide any further information. “People at the scene have already been informed,” the spokesperson said. It will not be made public when the eviction will take place. Neighbor Guy Castadot confirms that the residents of the camp have not left yet.