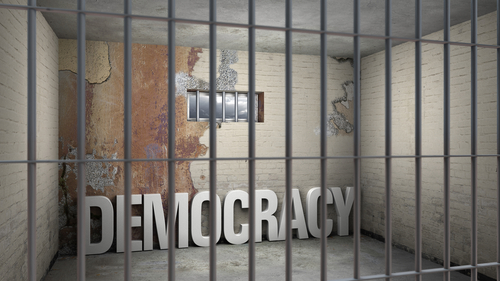 Belgium (Brussels Morning Newspaper) The European Parliament is extremely concerned by widespread challenges to human rights and democracy, which threaten to undermine the protection of democratic governance, institutions, and universal human rights all over the world.

Today, the EP passed a resolution approving the annual report on human rights and democracy in the world as compiled by MEPs in the Subcommittee on Human Rights. The report, which urges the EU to push back more strongly against totalitarian and authoritarian regimes, was approved in the Parliament by 487 votes in favour to 80 against, with 120 abstentions.

The report comes as the European Court of Justice (ECJ) cleared the way on Wednesday for the European Commission to penalise individual EU member states for breaches of the Union’s laws and values by denying them access to EU budget funding.

The adopted report urged the EU executive to cooperate more intensively with the US and other like-minded democracies to support global freedom and democracy efforts. It proposed the urgent introduction of an EU-wide scheme to issue short-term visas for human rights defenders threatened by authoritarian governments in their countries.

The report also stressed the growing danger of environmental crimes, urging the EU to promote the recognition of ecocide as an international crime, In addition, it called for the scope of the EU Global Human Rights Sanctions Regime to be expanded to cover acts of corruption.

“Today, for the first time in the last 20 years, there are more autocratic regimes than liberal democracies”, Spanish MEP Maria Soraya Rodriguez Ramos of Renew Europe declared after the vote. “The weakening of democratic institutions and the rule of law around the world requires a commitment from the EU, both internally and externally, to defend our core values”, she maintained.

At a time when two EU member states – Hungary and Poland – have been showing increasingly authoritarian tendencies, many MEPs praised the ECJ ruling which dismissed complaints by Warsaw and Budapest about their being possibly denied EU funds.

“We don’t want to harm Hungarian and Polish people”, Iratxe Garcia Pérez, the S&D Group president, said earlier this week. “On the contrary, they need our support and they can count on us. Let’s use the mechanism: taxpayers’ money should never end up in the pockets of those who undermine our shared values.”

Garcia Pérez pointed out that S&D MEPs had fought hard to establish a direct link between EU funds and the rule of law. “Wherever law doesn’t rule, tyrants do. Without the rule of law, democracy becomes the dictatorship of a majority who feels legitimated to suppress minorities and opponents, and try to impose an official line of thought”, she stated.

Italian MEP Laura Ferrara of the 5 Star Movement (M5S) stressed that Poland had engaged in constant attacks on civil rights, particularly against women and LGBTQ communities, while Hungary had introduced an anti-LGBTQ law, which likely violates at least two articles of the EU Charter of Fundamental Rights.

“The European Commission must now act and apply this regulation without further delay against Poland and Hungary”, Ferrara contended in her plenary speech. “Europe is not an ATM but a community based on values ​​and rights and these must be respected.”