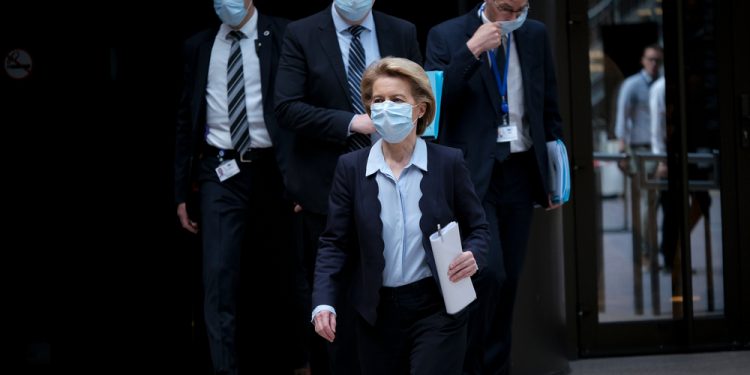 Brussels (Brussels Morning) The EU Commission has signed final contracts worth 780 million euro for the Facility for Refugees in Turkey, a statement released on Thursday says.

The programme is worth 6 billion euro and the final eight contracts cover support for healthcare, basic needs, protection and municipal infrastructure as well as business development, training and employment for refugees and local vulnerable populations.

According to EU Commissioner for Neighbourhood and Enlargement, Olivér Várhelyi, “today’s signature of the last eight contracts under the EU Facility for Refugees in Turkey confirms the European Union delivers on its pledges.” He notes that the bloc has provided Turkey with 6 billion euro in refugee support since 2016, an achievement he describes as extraordinary.

“The European Union will continue to stand by refugees and host communities in Turkey,” he promised, commending “the Turkish authorities for their cooperation in this joint effort, especially in the areas of health and education.”

The EU Commission says the bloc has provided support to more than 1.7 million refugees in Turkey through the Emergency Social Safety Net programme, which provides financial aid to Syrian refugees in the country. The bloc’s Conditional Cash Transfers for Education programme provides support to more than 620,000 refugee schoolchildren, a number expected to increase to 700,000 next year.

Where the money will go

The final eight contracts will help improve healthcare for migrants, their living conditions and their access to protective social services. The programmes will improve water supply and wastewater systems, refugees’ access to technical and vocational education and training, as well as providing support for the creation of new employment opportunities for Syrians.

The first tranche of the facility was paid in 2016 and 2017, providing support to more than 4 million refugees in Turkey. The refugee population there is the largest in the world, comprising 3.6 million Syrian refugees plus an additional 370,000 refugees largely from Afghanistan, Iran, Iraq and Somalia.

The EU Commission commended Turkey for its efforts in receiving and supporting refugees and migrants.