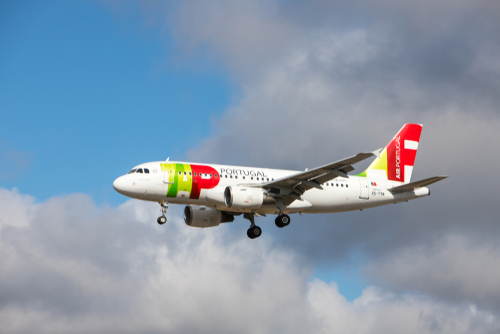 The aid of 71.4 million euros is to further support the airline to recover from the effects of the coronavirus crisis.

TAP Air Portugal is the largest Portuguese airline and a significant provider of transport services in the mainland as well as Azores and Madeira autonomous regions.

The airline is an important employer in Portugal and plays an important role in the development of tourism in the country, having accounted for more than half of arrivals and departures at the Lisbon Airport in 2019.

Portugal pointed out that the latest aid measure should help the flag carrier to recover from the damage caused by travel restrictions imposed with the aim of curbing the spread of coronavirus in the first half of this year.

The restrictions caused significant losses to the airline, bringing down its traffic and profitability in the observed period.

The EC pointed out that the latest aid measure follows previous support approved in April and December.

It added that the aid measure will come in the form of a capital injection or a loan, with the Portuguese government to choose between the two options.

The Commission pointed out that, according to the Treaty on the Functioning of the European Union (TFEU), it can approve state aid to compensate sectors or companies for damage caused by exceptional occurrences.

It stressed that the coronavirus pandemic is such an occurrence and added that the pandemic had negative effects on parts of the economy, which is why Portugal’s plan is justified.

The EC noted that the damage caused by restrictions is directly connected to the pandemic and added that proposed aid is proportionate.

It stressed that EU aid control does not apply to financial aid from EU member states to public services for tackling the coronavirus crisis, adding that the same goes for direct financial support to citizens.

The Commission adopted a State Aid Temporary Framework in March last year to give more flexibility to EU member states to support their economies in the coronavirus crisis. It amended the framework in April, May, June and October last year, and in January and November this year.