Russian, US diplomats to meet next week in Geneva 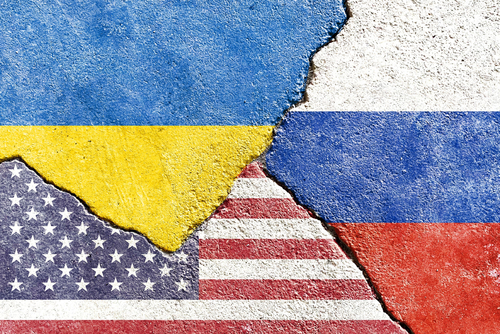 Brussels (Brussels Morning) Russian and US diplomats meet on Monday in Geneva to discuss tensions between Moscow and the West, including the situation in Ukraine.

US Deputy Secretary of State Wendy Sherman will meet with Russian Deputy Foreign Minister Sergei Ryabkov as the two sides try to avert a crisis, Reuters reported on Friday.

Russia has deployed close to 100,000 troops near the border with Ukraine yet maintains that it is not gearing up for an invasion but rather wants NATO to stop its eastward expansion.

That the US previously rejected some of Russia’s demands makes quick progress at the coming talks unlikely should they get underway. The deployment by Russia of troops to help Kazakh authorities quell unrest this week has raised additional concerns in Washington.

White House spokesperson Jen Psaki announced on Wednesday that the US would take a “pragmatic, results-oriented” approach since “we’re not responding to them point by points.”

Last week, US President Joe Biden warned his Russian counterpart Vladimir Putin in a telephone call that Washington and its European allies would not shy away from imposing unprecedented sanctions on Russia if it decides to invade Ukraine.

Putin pointed out that sanctions could result in a “complete breakdown in ties.”

Speaking to Russian media earlier this week, Ryabkov pointed out that Moscow was taking a tough approach because earlier attempts at persuasion had not yielded results.

He said it was vital that NATO end its eastward enlargement, the deployment of the alliance’s weapons systems in Ukraine and “provocative” military exercises.

“All these are absolutely necessary integral elements, without which we will be forced to state that the other side is showing a lack of cooperation”, he concluded.

Talks between Russian and Western diplomats are to continue on Wednesday in Brussels, where the NATO-Russia meeting is slated to take place, and on Thursday at a meeting hosted by the Organization for Security and Co-operation in Europe (OSCE).

Thomas Graham, former senior director for Russia on the US National Security Council, pointed out that Sherman and Ryabkov are experienced diplomats and predicted that they will conduct the talks in a professional manner with the aim of de-escalating the situation.