Can the Euro graduate from ‘market wonderkid’ to global currency? 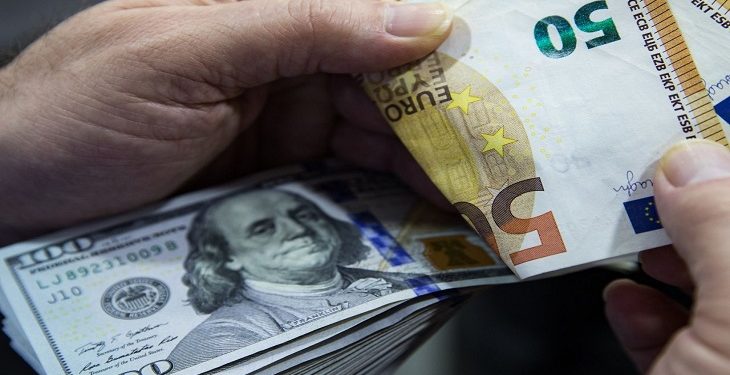 Europe successfully used the 2008 currency crisis to move the euro into a position where it can compete with other major currencies but what needs to happen to make it a truly global player?

Honolulu (Brussels Morning) Every major currency comes about as a result of crisis. The 2008 economic downturn was not a wasted opportunity for Europe and it lay the foundations for a global currency, not lost on market players. There is still more groundwork to be done, however, to move the euro to a major international currency.

Market insiders Kalin Anev Janse, Chief Financial Officer for the European Stability Mechanism (ESM), Kainoa Blaisdell of Prequin in Singapore, and a London-based institutional trader with over a decade of experience in FX and rates markets who wished to remain unnamed, spoke to Brussels Morning about the Euro’s new potential.

Multipolarity on the move

Today’s global currency is the dollar (Figure 1) but the US appears increasingly willing to use the greenback’s public function to pursue its political agenda.

Decision-makers are therefore beginning to grow weary of Washington’s centrality. These include not just friction friends such as China and Russia, but also some of Uncle Sam’s most long-standing partners and allies.

A skeptical attitude vis-à-vis the dollar recently included the 15 Asia-Pacific signatories of the Regional Comprehensive Economic Partnership (RCEP). Besides creating a free trading block accounting for ~30% of global GDP, its members now seek to lower their reliance on the dollar for settlements.

In Europe, leaders and bureaucrats have been clamoring for a safer internal market, and a stronger role for its currency.

The euro is the currency of 19 EU states, covering 340 million of the block’s citizens, and by some metrics it is the second most important currency in the world. Further, 60 foreign territories and states have pegged their currency to the euro, betting that this unprecedented project of monetary union without a transfers union will continue to thrive.

In a recent report, the European Central Bank notes how the euro remains the main issuance denomination of green bonds, the surge in euro securities, and hails Forex market stability. The dollar’s international preeminence was consolidated when it emerged as the undisputed medium of the oil market. In that respect, the energy transition can also be seen as a currency transition.

Perhaps more significantly, the ECB highlights the deleveraging of Russia and China from the US; combined they sold 204 billion dollars of US treasury securities in 2018 alone. These two countries further undermine the dollarised currency system by facilitating massive currency swaps, unmediated by the dollar.

Missing pieces to the Euro puzzle

Yet, any global currency will need a supporting policy infrastructure. What’s needed urgently is to bolster the Economic and Monetary Union by deepening the Banking and Capital Markets Unions.

Essentially, the objective would be to deepen financial integration, thereby strengthening the economy’s resiliency to shocks, and promoting the use of the euro in key strategic sectors globally.

The ESM, Europe’s lender of last resort, has been a key player in strengthening the euro’s role. In 2020 it issued 11 billion euros, and its combined operations with the EFSF (European Financial Stability Facility), amounted to an annual issuance range of €25-30 billion bonds (Figure 2).

Large reserve holders were amongst the main purchasers of these euro denominated assets, including Central Banks (CB).

“In 2020, the ESM had its highest participation of global central banks with 38%, excluding the ECB’s QE programme. The ECB cannot buy in the primary market. Notably, 60% of the central banks’ participation came from Asia”, Anev Janse told Brussels Morning.

This is an upward trend, Mr. Anev Janse noted in a recent interview with NRC News – “central banks that never bought ESM bonds before, are now doing so.”

“Harmonised and integrated financial supervision in Europe, reflecting the principles of subsidiarity and proportionality in EU Treaties, is crucial for building safer capital markets”.

In the past these functions were de facto outsourced to UK regulators, but as Brexit-induced regulatory asymmetries built through time, a structured approach will be necessary.

This will be imperative, as competition from financial centres in Asia, the Middle East and the US mounts.

Anev Janse’s view is shared in Singapore as well, but with a few extra politico-economic concerns.

“The role of the euro and subsequently euro-denominated asset opportunities in Asia still hold a fundamental position in the portfolios of global allocators. This won’t change drastically in the short to medium-term”, Blaisdell told the Brussels Morning.

Yet, it’s not all rosey for the euro in Asia. Blaisdell sees Brexit-linked geopolitics, the uneven recovery across the continent, and of course the surging government debt-to-GDP ratio as key concerns for Asian investors when thinking about their Euro exposures.

Furthermore, Blaisdell does not see a de-risking from the US dollar as a general trend in Asia, meaning recent market dynamics by China and Russia can be seen potentially as, let’s say, a temporary skirmish.

What concerns investors more is “the long-term potential devaluation of the currency relative to its peers/Asian currencies”. In fact, albeit not new, the massive fiscal stimulus to counter the pandemic, even if necessary, has “amplified these concerns”.

In the immediate term, policy uncertainty is causing severe headaches for traders in the trenches.

In fact, for my contact on the trading front lines, the geopolitical uncertainty is very real. Albeit London still remains the biggest hub for euro clearing, big global books and teams will have to be split, as any capital markets transaction underwritten by EU assets will have to be designated by entities on EU soil, as European authorities demand.

Nevertheless, one cannot help but think all this could be avoided, if only a proper policy infrastructure were in place, recognising the challenges sooner, so that we can debate their resolution earlier, and create a global reserve currency that makes Europe’s success a global business.