What is illegal offline should be illegal online.

by Emilio Puccio
in Opinion 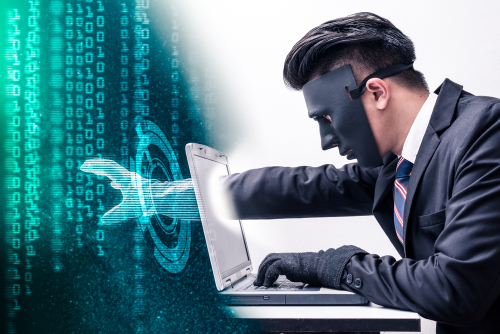 What is illegal offline should be illegal online.

Brussels (Brussels Morning) What is illegal offline should be illegal online. It is a phrase I have been getting accustomed to, ever since the new Parliamentary term – as well as the new Commission – kicked in back in May 2019. It’s been even more so over the last few months, in light of the major pieces of legislation – e.g. the Digital Services Act and the Regulation to combat and prevent child sexual abuse and exploitation, among others – that are now in the making.

No one would argue otherwise. Except that there are still many misconceptions and misinterpretations about the online world, and what happens online still remains unknown to the general public, with the internet providing an increasingly safe haven for all sorts of illegal activities.

The motto of free internet for all – ancillary of the proclaimed and alleged privacy protection at all costs – does not come without a price. In fact, it always comes at someone else’s expenses.

And often at the expenses of the people who are the most vulnerable of our society: children and young people, boys and girls, who pay a high toll in this scenario by falling victim to cruel online perpetrators, who shield themselves behind a screen.

I recently conducted a visit to the Canadian Centre for Child Protection in Winnipeg, as well as a visit to the US National Center for Missing and Exploited Children (NCMEC) in Washington DC. These two centres – each with its own specificities – are doing tremendous work to counter the severity and scale of child sexual abuse online as they pursue the restoration of justice for children.

NCMEC is the world clearing-house for Child Sexual Exploitation and Abuse (CSEA) online. It does a huge service for all EU citizens, playing a crucial role in rescuing children from ongoing abuses, as well as in identifying child victims of CSEA.

The Canadian Centre is a world-class leader in the fight against Child Sexual Abuse Material (CSAM). Its victims-centred approach sets a unique example for all the actors in this ecosystem, as it goes after tech companies to ensure they remove CSAM from the net.

While at the Canadian Centre, I heard several stories of survivors of Child Sexual Abuse Material (CSAM). What struck me the most is the degree and advanced level of manipulation that perpetrators practice, which allows them to get child victims entirely into their hands.

There was a particular story of a young girl that I feel compelled to share. She first encountered her abuser online when she was 11 and suffered abuse and exploitation until she was 17. That’s almost her entire teen-age life caught in the hands of her abuser.

The perpetrator exercised almost absolute power over this young girl. He would call her whenever he pleased – no matter the time of day or night – and order her around to feed his sexual appetite. When she was at school and he called, she had to go to the bathroom, pick up the phone and be ready to perform whatever task he would assign her. I cannot fathom the level of stress, anxiety and powerlessness this young girl must have gone through.

What I would like to point out here is that the victim and her abuser had never met in real life. Many people like to draw this magical line between the real and the online world. However, I dare anyone to argue that the devastating impact of this abuse was — and is — absolutely real for the young girl, condemned for more than six years to a semblance of life, with no control whatsoever over what was awaiting her. She was totally at the mercy of her master, forced to please whatever desire he came up with.

So once again, let me set the record straight — there is not much difference between the online world and the offline world. What happens online leaves visible wounds in real life, wounds that are hard to heal, wounds that harm society as a whole.

Perpetrators have gone to great lengths to recruit new victims online. Across the world, they have celebrated the restrictive measures enacted by the public authorities to limit the spread of COVID-19, because it meant many school-age children were forced to resort to distance-learning.

As a result, the internet has become a major hub for the sexual exploitation of children.

Unfortunately, Europe, our continent, has now become the epicentre of yet another pandemic. Pervasively and insidiously, the EU alone accounts for more than 70% of all Child Sexual Abuse material hosted in the world. In the European Union alone we went from 23,000 reports of child sexual abuse online in 2010 to 725,000 reports in 2019. And these figures are considered likely to be conservative.

It is hard to interpret these figures. In 2021, 21 million reports of online child sexual abuse were received by the US National Center for Missing and Exploited Children. We simply do not have enough knowledge to fully comprehend the scale and depth of these issues, since we can only manage to barely scratch the surface.

There are so many misinterpretations about these crimes, their far-reaching consequences, the very pervasiveness of this form of abuse. We tend to think of such crimes online as being far removed from daily life and the average citizen’s experience. For this reason, we can consider them virtually unworthy of our attention in the grand scheme of things It is as though if it happens online, it cannot be real. We tend to portray the perpetrator of such acts as some sort of monster, with serious mental health issues, living on the margins of society, when, instead it could likely be our next-door neighbour.

In such a situation, I wonder: isn’t it precisely the role of the legislator to ensure that electronic services providers make sure their services are not used for illegal purposes by users and that they, the providers of such services, do not become enablers for deviant people seeking to do to harm to children, and therefore to society as a whole? At the end of the day, the service providers make billion of euro in profits from their users, Surely the bare minimum should be that they allocate a fair amount of the resources they earn to put their house in order by detecting and removing CSAM, as well as devising safety-by-design tools to protect children on the internet.

For far too long, we have been complacent about the huge power giant tech companies can wield in our daily lives, silently accepting their hegemony and omniscience in such matters.

CSEA brings along multi-faceted challenges that require an answer. It is of paramount importance that the EU legislature comes up with clear rules and spells out specific obligations for Electronic Services Providers to uphold in order to ensure appropriate protection for the wellbeing of children using the internet.

Only by so doing, can we rebut those who try to conjecture hypothetical breaches of privacy and do so by invoking all kinds of improbable scenarios backed by a glib alarmist rhetoric.

We cannot protect the self-proclaimed freedom of the internet at all costs, if the exercise comes at the expense of the children.

Only by removing the CSAM – and more broadly all harmful content online – will we be able to give control back to the children and correct the wrong and harm done to them, which otherwise will haunt them for life.

The issue is not about protection of privacy and personal data on the internet versus outsourcing what is the job of law-enforcement authorities to the private sector. Nor is it about surrendering to a police-type state. This is about acknowledging that the status quo surrounding the online world has got way out of hand and that it is children who are paying the price.

It is about giving back to child victims of sexual abuse their agency, giving them back control of their lives, which have been shattered. It is about restitution and restorative justice for those child victims, who have been stripped of their fundamental rights.

As the Intergroup on Children’s Rights in the European Parliament we have pledged to always side by children and give voice to those who struggle the most to be heard.

Children are not a constituency much targeted by world leaders, since they do not vote. However, they are nonetheless a key component of our societies and should have a say in shaping EU politics. As President von der Leyen announced in her State of the Union address back in September, 2022 will be the year of youth. Therefore, it is crucial we hear from the survivors themselves and listen carefully to their stories to try and provide some tailor-made answers.

With the pending EU legislation to combat and prevent child sexual abuse and exploitation, we now have a great opportunity to do right by children. Certainly, I know the Intergroup on Children’s Rights MEPs will do its utmost to have a strong and balanced text that protect both the rights of the children and the privacy of internet users.